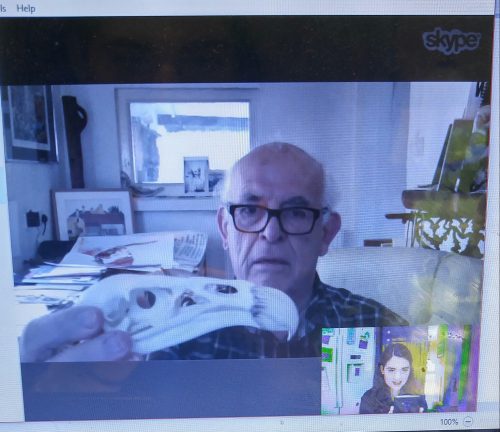 Ralph, Jane and a bird’s skull talk cartoons via Skype

In the first of what we hope will be a regular feature, Jane Mattimoe packs her Case for Pencils and crosses The Big Pond to interview British cartoonists, starting with Ralph Steadman:

I have been interviewing New Yorker cartoonists about their art supplies and drawing process on my blog, A Case for Pencils, since 2014. I had started going into The New Yorker close to two years prior, almost every week, and had gotten to meet a lot of my cartooning heroes. Not having had much of an art background (I studied anthropology at university), I began asking for advice about cartooning. To my delight, legends such as Sam Gross, Sid Harris, Mort Gerberg, and George Booth were kind and gracious enough to put up with my pestering… I realized that there were probably many aspiring cartoonists who would be interested in hearing and learning from their artist heroes as well, and began giving cartoonists surveys to fill out, to be collected on a website. And that’s how A Case for Pencils was born. 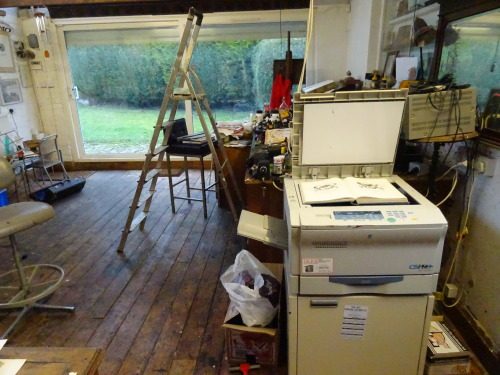 By now you may have guessed that I am an American, a transgression which I hope you can forgive me for if I tell you that I met Pro Cartoonists’ Organisation committee member, The Surreal McCoy, years ago at the offices of The New Yorker, and have been delighted to get to know more PCO members, such as Jonesy and Glenn Marshall online. Surreal McCoy reached out to me to invite me to interview PCO members about their art supplies and drawing process similarly to the way that I do on Case, and here is the tremendously buried lede— I said yes! So starting with Ralph Steadman, there will be monthly (?) interviews where we will talk pencils and pens! 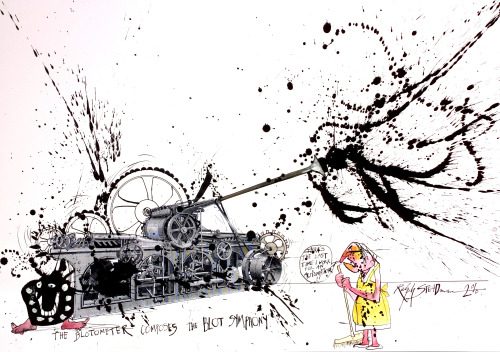 I am not a professional journalist. Most interviews on Case are conducted via email correspondence, and in fact, I have only done one telephone interview. So when Ralph suggested we speak via skype, I was a bit nervous. He also mentioned that it would be his third interview in so many days, and from the sounds of the other publications he was speaking with, I had some tough acts to follow! Fortunately, immediately upon starting the interview, I learned that Ralph is one of the warmest and kindest people you could ever meet! We ended up talking for close to two hours, and he made me laugh so often, that the muscles in my face were sore the day after! 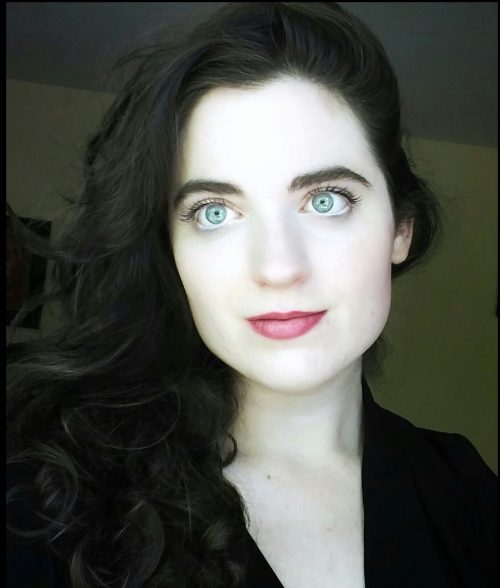 A Case for Pencils’ Jane Mattimoe

Talking to Ralph was a dream come true (though my webcam insisted on presenting me to him as a technicolor nightmare of flashing rainbow hues!) and I am grateful to PCO for the opportunity. They say to never meet your heroes, but that maxim doesn’t hold true at all with Ralph. It was fun to hear his associative mind in action– he’d talk about something “swimming in ink,” and then he’d connect swimming to his morning exercise regimen (he recommends the breastroke as the best form of swimming) that he does to keep his lungs in full working order, which led to him remembering a television program he watched the previous morning, where many people who had experienced being brought back to life’s last thought before having been resuscitated was “I can’t breathe.” Initially, some of his answers might seem like they don’t directly answer my questions, but what he actually is doing is leaping forward via associations, a thinking talent which contributes to his being one of the most creative and successful visual artists. Such as he avoids rough drafts in his art, he often goes straight to his final point (or association). 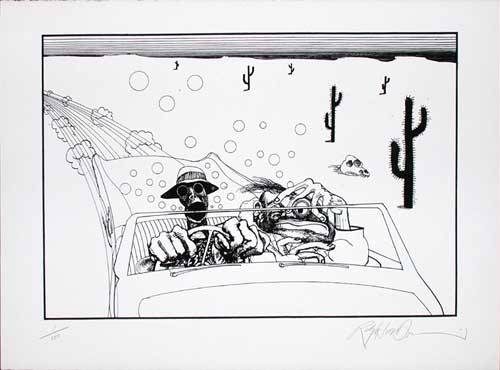 Besides just my bonkers webcam, we experienced many technical difficulties throughout the interview (though, Ralph, I know that one of the times that Skype “froze,” you were just sitting very still!). Fortunately, knowing in advance that my various electronic gadgets are what is known in the professional cartooning community as “very bad,” I prepared for the worst, and set up three separate methods to record the interview. That may seem excessive, but considering that two out of the three devices utterly quit, and erased their audio recording midway through the interview, it turned out to be the perfect amount!

Upon hearing that I had so many devices working to record us, Ralph exclaimed, “Oh it will be a collage!” an idea that prompted me to include snippets of our emails, a clip of audio, and screenshots of our skype session in the final interview. Ralph was more than game to build up the piece, and and very kindly sent me loads of his work to pepper throughout the paragraphs. Our resulting interview, which you can read on A Case for Pencils, is a kaleidoscope view of the time we talked.