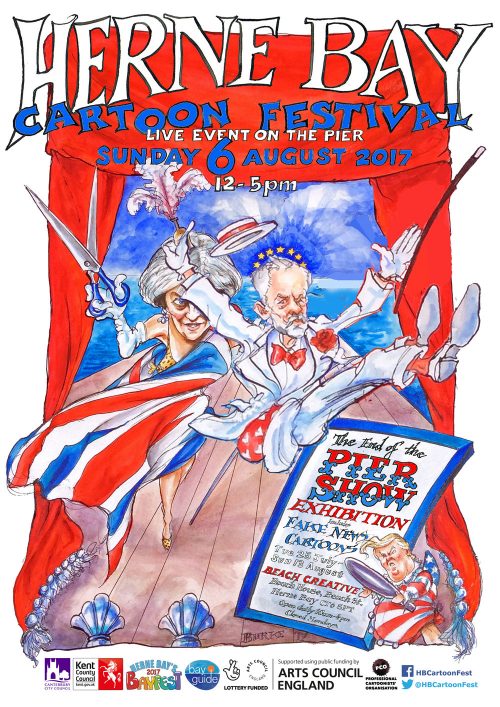 The fifth Herne Bay Cartoon Festival is under way, and this year the event features a change of venue for its main live event and a guest appearance by one of the UK’s top political cartoonists.

After four years at the town’s Bandstand, the live event will be held on the bustling Herne Bay Pier.

More than 20 of the UK’s top cartoonists will be there on Sunday 6 August from midday to draw big-board cartoons, seaside peep boards, caricatures and more. There will also be a few surprises and chances for the public to get involved with drawing.

The change of location has inspired the title of the main festival exhibition, The End of the Pier Show, which opened this week at the Beach Creative gallery and runs until Sunday 13 August.

An exhibition by the political cartoonist Martin Rowson also opened this week at the Bay Art Gallery. It also runs until Sunday 13 August. 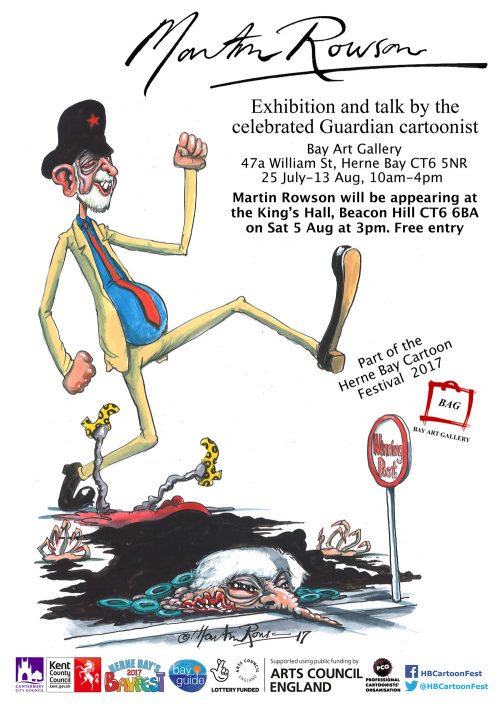 Fresh from being described by the Daily Mail as “sick and disgusting”, Rowson will appear at the Kings Hall on Saturday 5 August, from 3pm-5pm, where he will be interviewed by Rosie Duffield, the first ever Labour MP for nearby Canterbury, wearing her other hat as a comedy writer and satirist.

Admission is free, but tickets can be reserved at Eventbrite.

Also open now at the Seaside Museum is the exhibition Cartoonists All At Sea, a selection of cartoons from the British Cartoon Archive in Canterbury, which runs until Sunday 10 September. 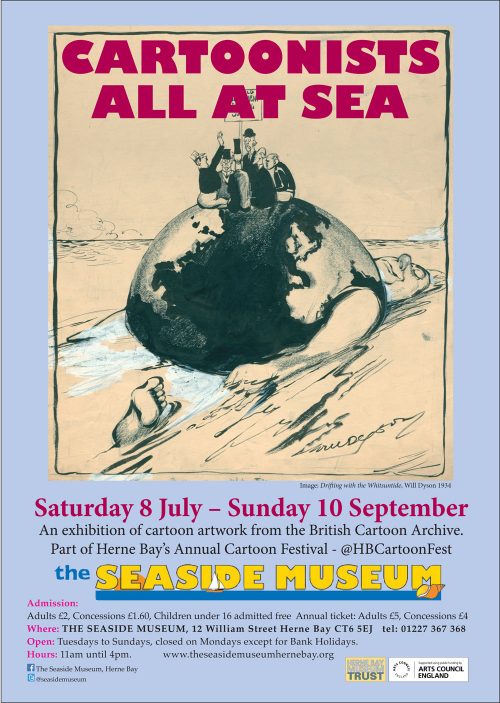 As has happened since the third festival, there will be a “fringe” event organised by Glenn Marshall. This year it is Mona Lisa – Not Happy, which sees the da Vinci painting “reworked, reimagined and regurgitated” by Marshall and other cartoonists and artists. The show opens at the One New Street gallery on Friday 4 August and runs until Saturday 2 September. 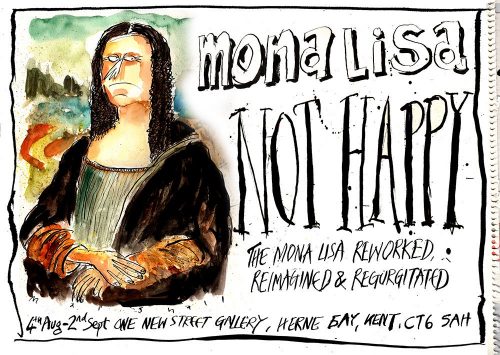 Alongside the main show at Beach Creative, the festival also hosts Eaten Fish, an exhibition of work by cartoonists from all over the world supporting the plight of the Iranian cartoonist and political refugee known as Eaten Fish. He has been held at the Australian Detention Centre on Manus Island since 2013. The exhibition is in the gallery’s Rossetti Room until Sunday 13th August. 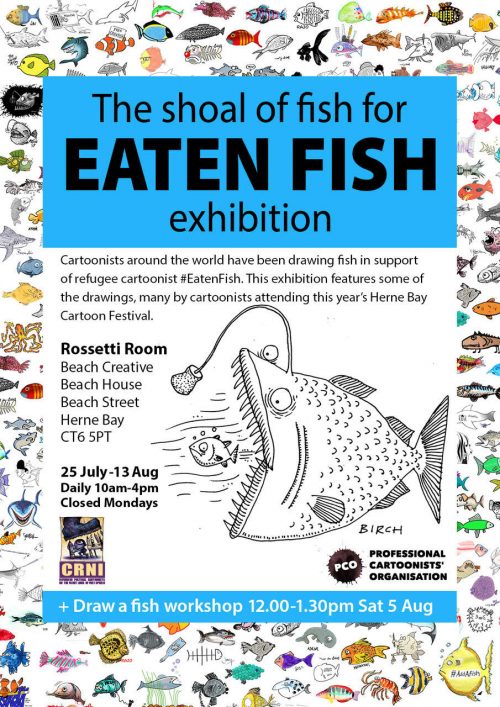 A key element of the End of the Pier Show exhibition — which features Steve Bell (Guardian), Dave Brown (Independent) and Jeremy Banx (Financial Times) alongside dozens of cartoonists seen in magazines such as Private Eye and The Spectator — are the “Fake Cartoons”, the festival cartoonists’ take on the fake news phenomenon that has emerged over recent years. Expect more than a few appearances by Donald Trump. 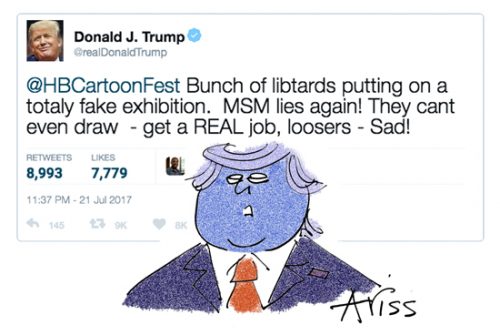 To celebrate its fifth year, the festival is awarding a £250 cash prize, which it has dubbed the Paul Dacre Prize — after the Daily Mail editor who recently railed against a Rowson cartoon about the Finsbury Park Mosque attack, below — to the most provocative, unusual or offensive topical cartoon submitted for the exhibition. 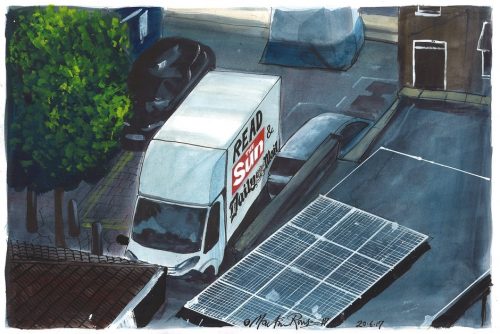 Workshops for budding cartoonists will also be held as part of the festival. Royston Robertson and Des Buckley host one at Beach Creative this Saturday (29 July) from 2.30pm-4pm.

And on Saturday 5 August, from 12-1.30pm, The Surreal McCoy will host the Eaten Fish Family Cartoon Workshop. Inspired by the Rossetti Room show it will be “a fishy exploration into all things fish”.