From Herriman to Holte: Another ten great cartoonists

The cartoonist Gerald Scarfe has made a list of his ten favourite cartoonists, for the Daily Mail website. It includes some inarguable choices as well as some surprising ones.

Ronald Searle, widely regarded as Britain’s best living cartoonist, is on there. There are also choices from the worlds of fine art, such as Picasso, and film-making, which is represented by Walt Disney, more for his skill at getting great work from others than his own drawing talents.

We asked members of the Professional Cartoonists’ Organisation, which runs the Bloghorn, to name their favourite cartoonists not on the Scarfe list. It’s not a poll, or a “top ten”, just an informal list of another ten great artists, and it shows the wealth of variety and creativity to be found in the world of cartooning. 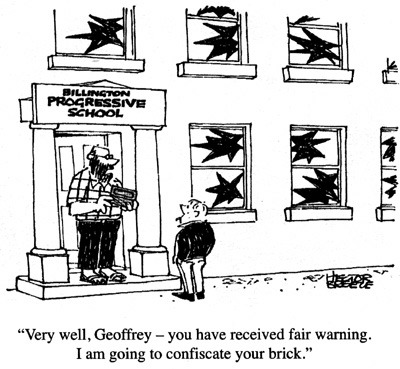 1. Hector Breeze (Born 1928). Picked by Pete Dredge: “A master of the pocket cartoon. Out of the mouths of his mundane, benign, chunkily drawn characters comes the sharpest of captions.” 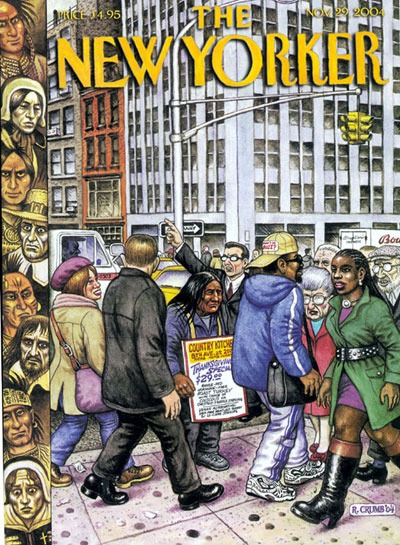 2. Robert Crumb (Born 1943). Picked by Royston Robertson: “He has been satirising the way we live since the 1960s with his dense, inky, cross-hatched drawings, displaying human folly in all its gory glory. Not for nothing was he described by the art critics Robert Hughes as ‘the Bruegel of the last half of the 20th century’.” 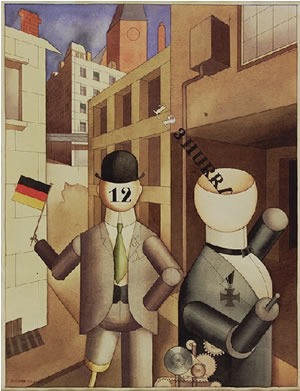 3. George Grosz (1893-1959). Picked by Matt Buck and Andrew Birch (both blatantly ignoring the brief of people not on Scarfe’s list, Bloghorn notes!) Matt says: “Grosz drew with an unsparing eye and produced powerful reflections of what people do rather than what they say they do.” Andrew adds: “For me German Expressionism was one of the most important art movements of the 20th century, whose brutal and honest line laid the foundation for many later cartoonists like Steadman.” 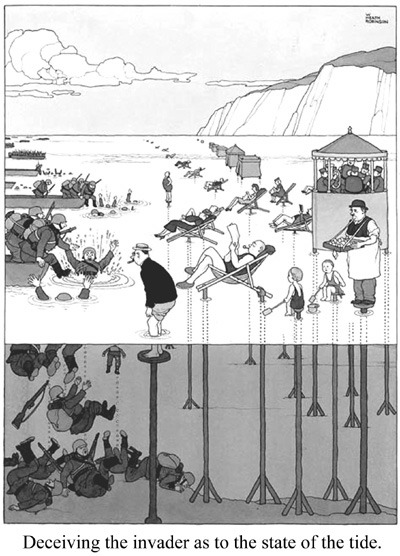 4. William Heath Robinson (1872-1944). Picked by Rupert Besley: “He was an original, creating a wonderful, instantly recognisable world of his own. He satirised the growth of mechanisation, but did so in a gloriously enjoyable way that always kept the human at the centre of it all. Which other cartoonist has added his name to the language and booked his place in every dictionary?”

5. George Herriman (1880-1944). Picked by Wilbur Dawbarn: “From the gorgeously scratchy line work and absolute poetry of the writing in the early years, to the sheer majesty of composition in the latter years, Herriman’s Sunday Krazy Kat pages are, to my mind, some of the finest examples of comic art ever penned.” 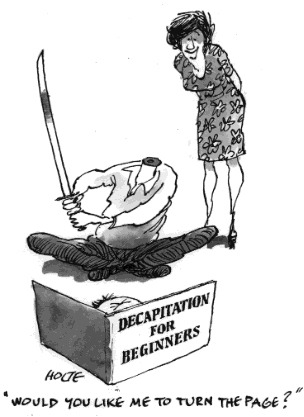 6. Trevor Holder, aka “Holte” (Born 1941). Picked by Roger Penwill: “Glorious technique, a master of expressive line and a very funny, wicked sense of humour. Some of his cartoons are timeless classics.” 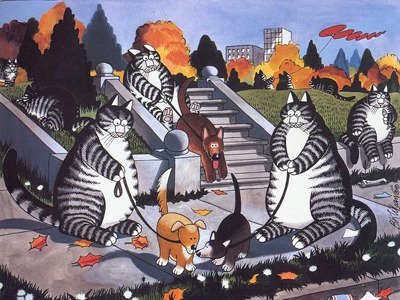 7. Bernard Kliban (1935-1990). Picked by Chris Madden: “I came across a book by B. Kliban: Cat Dreams. I’m not sure what they’re about. I’m not even sure if they’re funny (do cartoons actually have to be funny?) But they’re brilliant. Apparently he grew to detest drawing cats in the end, but they were what everybody wanted. Beware success.”

8. David Law (1908-1971). Picked by Steve Bright: “Beautifully fluid and loose line, amazing perspectives and angles, and the master of life and motion in all that he drew. Law inspired millions of kids to pick up a pencil through his marvellous work in the Beano, Dandy and Topper.” 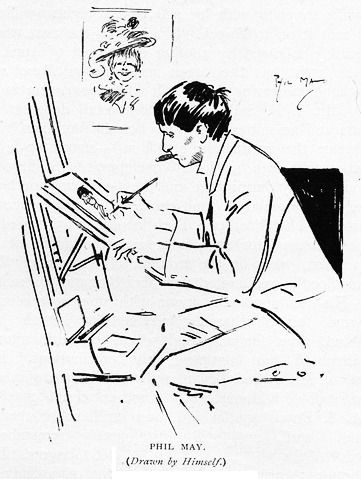 9. Phil May (1864-1903). Picked by Mike Turner: “A breakthrough in culling captions down to a minimum. Great art, brilliant caricatures, sheer good humour relating to ‘the man in the street’ or the ‘man on the horse-drawn omnibus’ 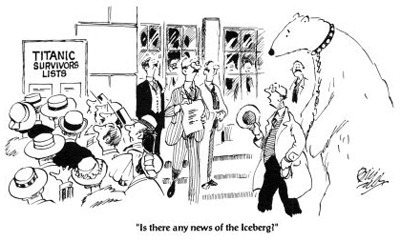 10. Bill Tidy (Born 1933). Picked by Bill Stott: “For his excellent gags and consummate drawing, especially in his history-based stuff.”

What do you think of the list? Got a favourite cartoonist you’d like to add to it? Let us know in the comments below.