No rain on this parade 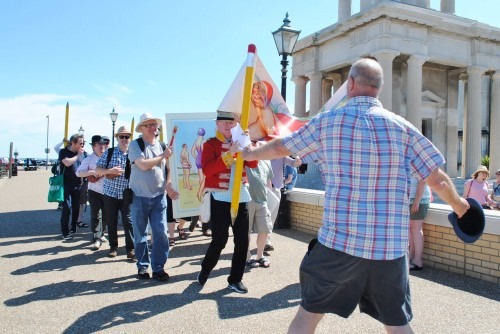 The sun shone brightly on the Herne Bay Cartoon Festival for the fourth year running, bringing thousands of people to the town’s Bandstand on Sunday for a truly memorable day.

It began with a parade of cartoonists conducted by organiser Steve Coombes (above, with back to camera). They wielded large pencils and banners and played Oh, I Do Like to Be Beside the Seaside on ukuleles. 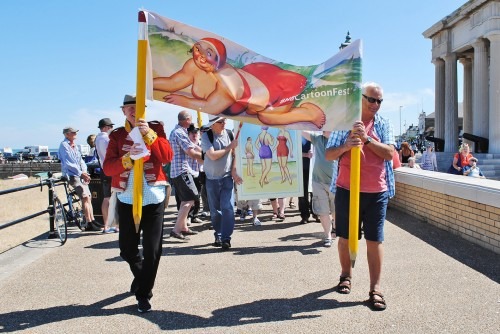 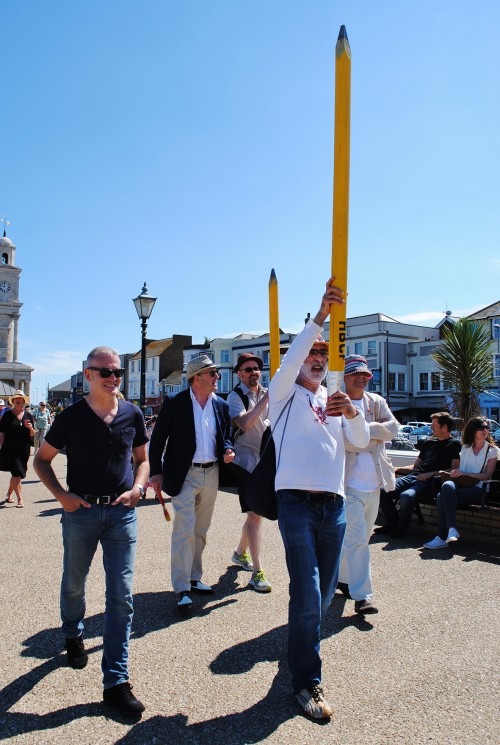 The cartoonists then gathered for a group photo before the drawing began. Click to enlarge and see those happy, smiling faces! 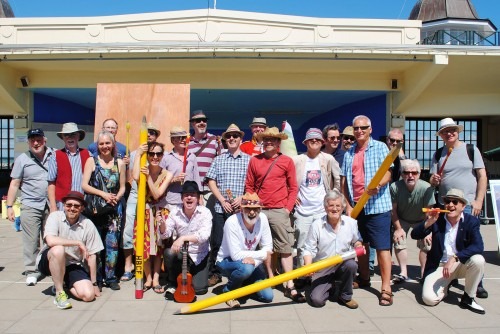 Pictured, left to right, are: