Loss of a good friend to cartooning… 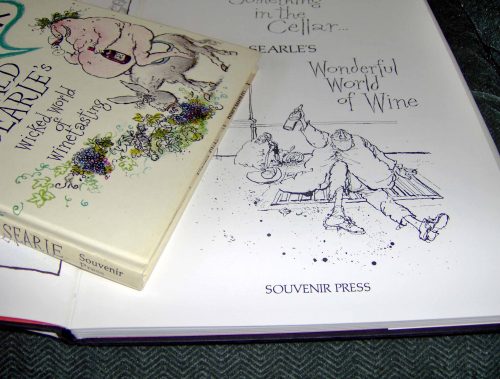 …and to football, politics, theatre, health and much else besides. Ernest Hecht, whose Guardian obituary can be reached by the link below, has died at 88.

In 1951 EH founded The Souvenir Press and remained its managing director and driving force for the next 65 years and more. As an independent publisher with an eye for mischief and a competitive streak, EH relished the thrill of chasing down those he admired across an extraordinarily wide field of interest. He was literary agent to Pelé and then to the whole Brazilian football team. And he was first to get the Beatles in print. Che Guevara was one of his authors, along with Civil Rights campaigners and five Nobel Prize Laureates – and none of that stopped him publishing ‘Le Petomane’ (star farter at the Moulin Rouge) or ‘an absorbing history of toilet paper’. Matt Busby, Albert Einstein, Ken Dodd, The Dalai Lama…the word ‘eclectic’ might have been invented for Ernest Hecht.

Football was an abiding love. He got to nine of the last eleven World Cup championships – and wore his Arsenal scarf and cap to the Palace when he went to collect the OBE presented to the ever-generous Hecht for a lifetime of charitable giving and philanthropy.

Publishing (and culture) in postwar Britain was transformed by a group of remarkable individuals, all of whom had arrived in this country in flight from Nazi persecution of Jews: George Weidenfeld, André Deutsch, Paul Hamlyn… Ernest Hecht was the last of that group. He reached Britain, unaccompanied, on the Kindertransport in 1939. It was the end of a long and difficult journey that began with him and his mother travelling to Prague by rail from their home in Czechoslovakia. (His parents later made it to the UK.) The only other occupant of the compartment was a Gestapo officer. The young Ernest, never good on trains, was promptly sick over the officer’s uniform. By good fortune for Mrs Hecht, petrified in that moment, the officer was himself a parent with some understanding.

A witty man, Ernest Hecht had a real enjoyment of humour and this was reflected in his publication list containing cartoon books by the likes of Hoffnung and Calman. From John Donegan he got three cartoon books, deliciously titled ‘Dog Almighty’, ‘Dog Help Us’ and ‘For Dog’s Sake!’ But the star name was Ronald Searle, five of whose books he published over 30 years. For these alone, cartoon-lovers everywhere will always have good reason for thanks to Ernest Hecht.

You can read The Guardian’s obituary here