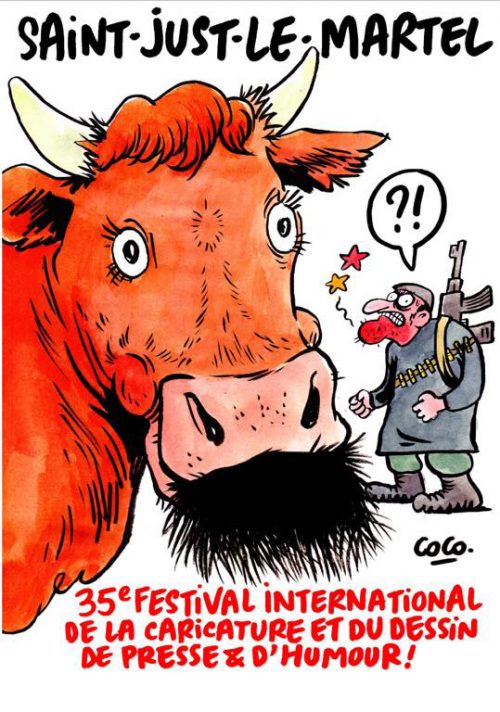 As The Guardian quietly ushers three more long serving cartoonists out of the back door – more on that in a future Blog – we take a sneaky peak across the Channel where the cartooning arts appear to be held in much higher esteem.

The 35th Saint Just-le-Martel International Salon of Caricature, Editorial and Gag Cartoons is underway, running from 1st – 9th October. Two PCO members, The Surreal McCoy and Terry Anderson, are attending and we hope that one or both may provide the Blog with further insight into the event at a later date. 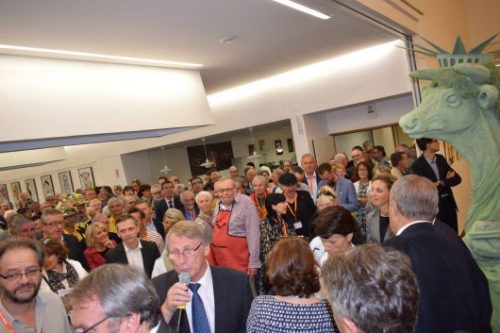 The many attractions on offer include exhibitions by Cartooning for Peace, Coco, Gibo, Pichon and Samson and an historical perspective, Léon Blum: caricature against the Popular Front” . There are also retrospectives of cartoonists Bado and Boligan plus tributes to recently deceased cartoonists Cabu and Siné. 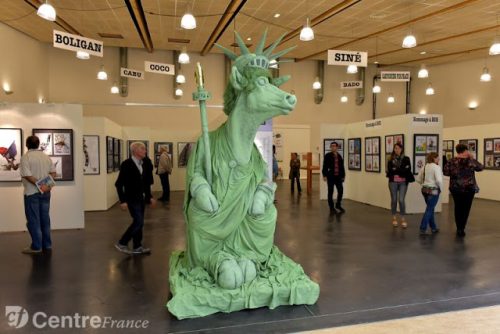 You can read more about the 35th Saint Just-le-Martel International Salon on Bado’s Blog or, if your French isn’t too rusty, here.

Over in Holland the main library in Amsterdam is hosting an exhibition of the 100 best Dutch editorial cartoons from the past year, created by 40 cartoonists from the Netherlands. 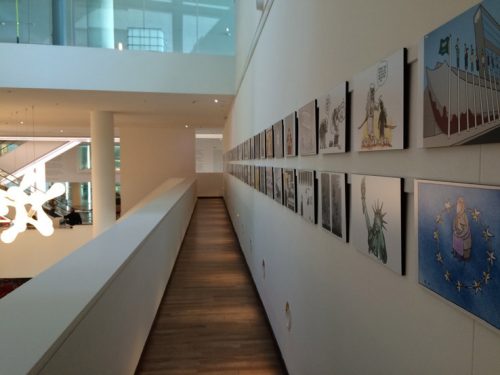 The Amsterdam exhibition will run until 4th January 2017 and features the work of top cartoonists such as Trik, Maarten Wolterink and Benjamin Kikkert. World events – including Brexit – are covered with with wit and graphic invention as demonstrated by the two examples shown here. 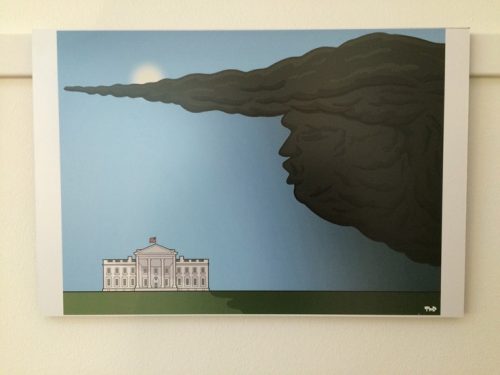 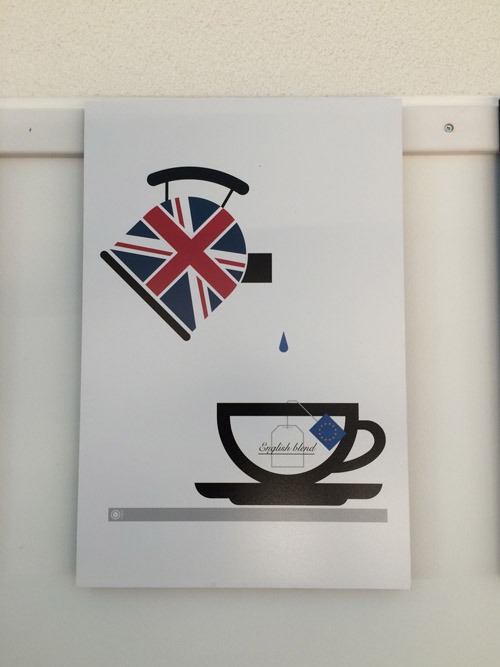 The exhibition is also on display in the central library of The Hague until 7th November 2016.