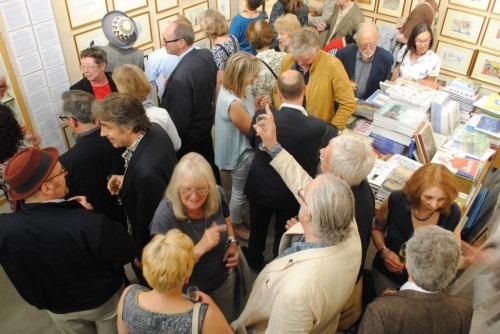 By gum it was ‘ot ! And by the time I and my travelling companion, Jenny, Sheila’s daughter, arrived at the gallery at about five after six, the temperature inside the gallery was such that dentures were melting and Chris and Alex’s free champagne was disappearing double quick. Little red spots were appearing on cartoons, too. 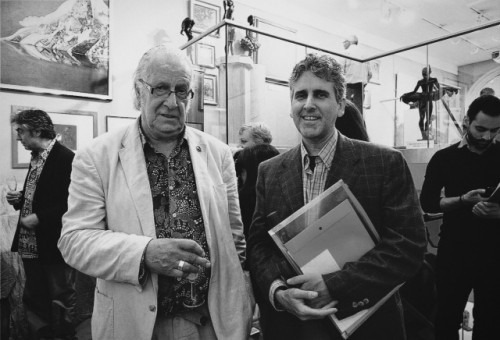 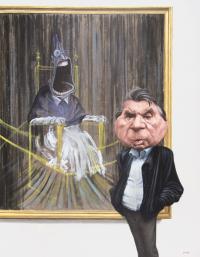 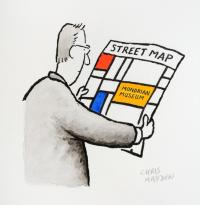 It was really good to see so many PCO types there; most of the Committee, Kasia and kamera, Dr Davey – in excellent form – Ross Thompson and his lady, plus Mike Turner, Ken Pyne, Dave Brown, Herne Bay Roller Robertson and lots, lots more. What was even better was seeing PCO work displayed alongside and on the same footing as art which isn’t supposed to make you laugh. 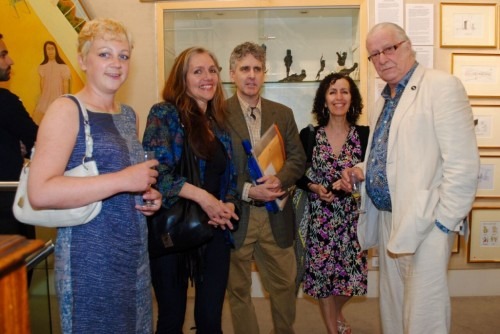 Anthony Green R.A. kicked the whole thing off by making many and various artistic observations including what its like to paint a nude pic of your mother-in-law (cue collapse of stout party). 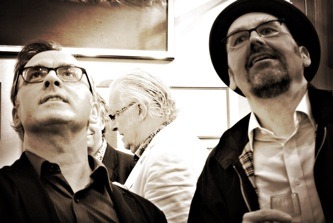 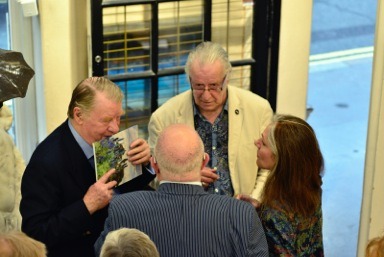 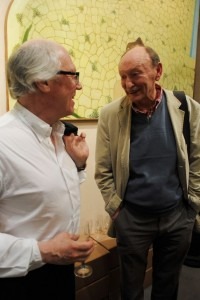 Speechifying over, there was much meeting and greeting. I got the impression that the cartoon area remained the most full all evening.Then around 8.45 it was over the road-ish to a very narrow pub – so narrow in fact that the Scotch Eggs were oval. Jenny is an NHS psychiatrist and had her notes confiscated. 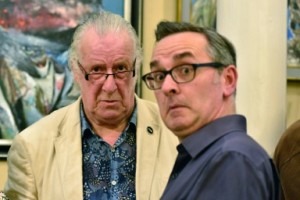 So, all in all, a successful evening, and Messrs Beetles were pleased too. This sort of show is something of a first, I think, and who knows, it may not be the last. 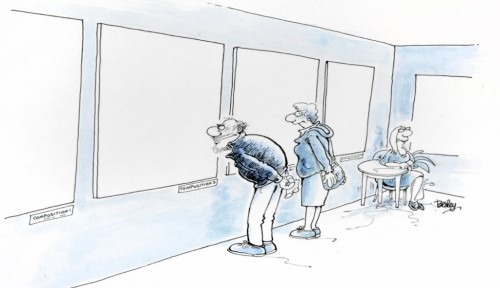 More of the exhibits, all available for purchase, can be viewed here on the Chris Beetles Gallery website.