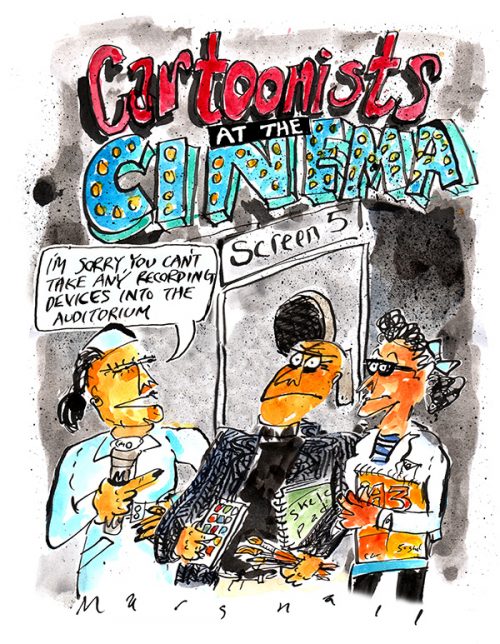 The Phoenix Cinema Exhibition space is proud to present it’s November show “Cartoonists at the Cinema’.

Some of the country’s most prolific, well-known and finest cartoonists and humorous illustrators pay a visit to the flicks! Jumping off the pages of printed media and onto the walls of the Phoenix Cinema, they are taking some time away from their topical satire day jobs and enjoying a much deserved change of scenery.

Their work regularly appears in Private Eye, The Spectator, New Statesman, The Guardian, The Financial Times, The Sunday Times, The Independent, The Economist, Prospect, The Oldie, Time Out and other esteemed publications. Several have also featured on Kermode & Mayo’s Cartoonists’ Corner. (Cartoons on the radio – what’s that all about?)

The exhibition is collated by cartoonist and Phoenix regular Glenn Marshall, aided by the Professional Cartoonists’ Organisation and runs from Thursday 3rd November 2016. 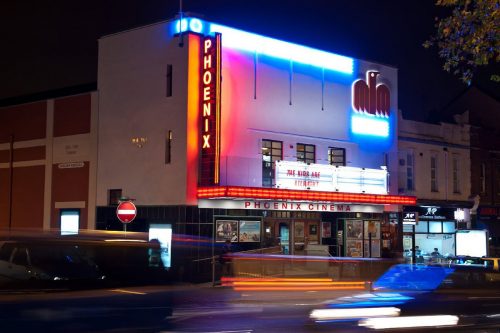 Phoenix Cinema is one of London’s last few truly independent cinemas, first opened in 1912 and continuously running ever since. Showing independent films and alternative content it is located 2 minutes walk from East Finchley underground station and is distinctive on East Finchley’s High Road by its large neon sign.