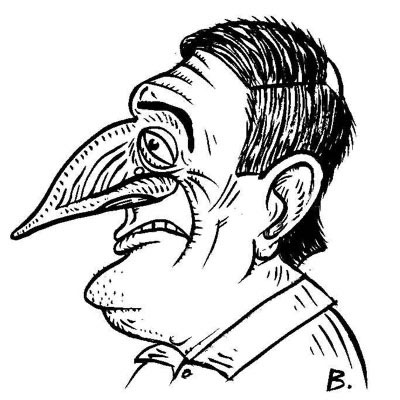 An illegitimate child of Princess Margaret and a Mustique barfly fostered by a conventional Midlands family to avoid the scandal, Birch read microbiology at London University, which although it seemed useless at the time served to get him his first job as news cartoonist of Nature, the science journal.  He worked for sex mags and the gay press then started his first strip in Design Week. He’s drawn for many newspapers and magazines, notably Private Eye, the Guardian, the Independent, the Financial Times, the Observer, The Sunday Times and the Times supplements. Also the Spanish press. His sitcom for TV, The Rebel, was broadcast in 2016 and 2017.  He shouts out the answers in University Challenge, even if by himself.  Capricorn rising, not bad looking.