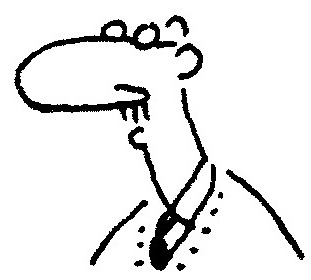 I’m an award-winning cartoonist and have contributed to newspapers, magazines and comics including Private Eye, The Spectator, New Statesman, Wall St Journal, American Bystander, Barron’s, Punch, Vice.uk, Oink!, Toxic, Cracked, She, Mail on Sunday, and the Financial Times.
My books include ‘Cubes’, ‘The Many Deaths of Norman Spittal’, ‘Big Fat Sleepy Cat’, ‘The Dewsburys’ and ‘Frankenthing’, which has been translated into French as ‘Frankentruc’. More than 150 animated short films have been based on my character Norman Spittal.
I designed floats for the Nice Carnival and have appeared on television and radio, notably BBC Radio 4’s Any Questions.
I live and works in Greenwich, London, with my wife Elaine and four children.
The Derby winning Thoroughbred racehorse Dr Devious was named after one of my characters.