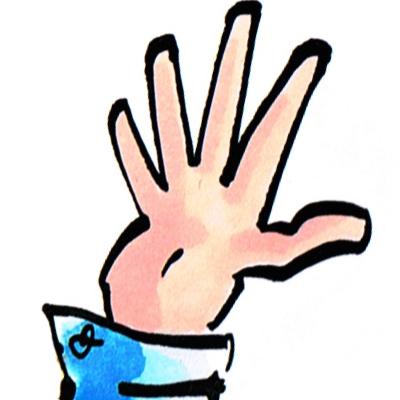 Rob is a regular cartoonist for The Sunday Times, Private Eye, The Spectator, and a wide variety of other magazines and newspapers. He also illustrates bestselling books and national advertising campaigns, draws cartoons for use by corporate brands and writes jokes for several greetings card ranges.

Rob draws a full-colour cartoon for The Sunday Times every week, and contributes to Private Eye both as a gag cartoonist and a commissioned illustrator. For six years, he was the topical cartoonist for Scotland’s Press and Journal newspaper, and was shortlisted three times for Cartoonist of the Year at the Scottish Press Awards (despite not even being Scottish).

Rob has worked with corporate clients both directly and via advertising agencies – drawing cartoons for campaigns run by Heathrow Airport, M&G Investments, Domino’s and Timothy Taylor’s Ales, among others.

During the Covid-19 pandemic, Rob co-created the Bottle Moments project and drew 300 personalised cartoons to lift the spirits of embattled key workers. This was followed by a second initiative aimed at children being homeschooled during the lockdown, which attracted thousands of entries from kids around the country. Both projects were featured widely in TV, radio and press coverage.

Rob loves a drawing challenge, and is always delighted to discuss a possible commission. Please do get in touch!