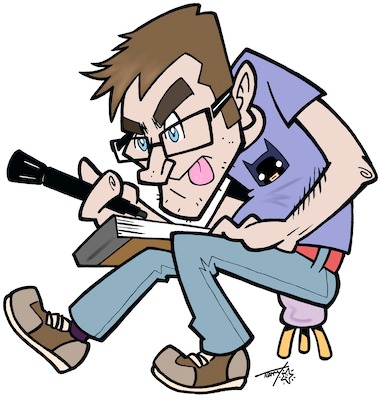 Terry is co-ordinator at the Scottish Cartoon Art Studio, Glasgow’s team of cartoonists best known for their Fizzers® caricature collection.

He specialises in both detailed, digital or painted caricatures as gifts and quick-fire, sketched caricaturing as live entertainment at events. He is also adept at editorial illustration, character design, comic strips and graphic recording/visual minutes. Terry is often asked to give talks or facilitate workshops on cartooning for children and adults.

Terry is the Executive Director of Cartoonists Rights Network International, the human rights organisation specifically for cartoonists whose campaigning work was recognised with a Freedom of Expression Award by Index on Censorship in 2019. He received the Salon International de la Caricature, du Dessin de Presse et d’Humour’s Prix Gérard Vandenbroucke in 2022. Given for the first time to a non-Francophone, the prize recognises cartoonists who have made a contribution in the defense of others’ rights and in the spirit of internationalism and co-operation exemplified by the Salon’s founder.

A former student of The Kubert School of cartooning in New Jersey he’s also a past president of the Scottish Artists Union and a member of The Cartoon Movement and France-Cartoons.