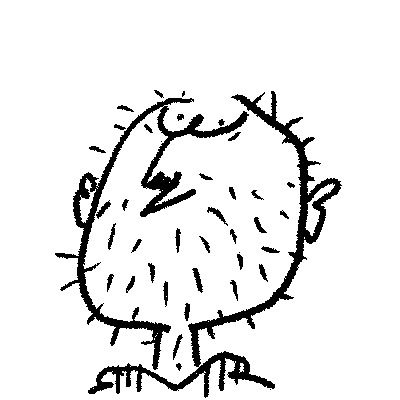 I am a British cartoonist, caricaturist, comic stripper, and illustrator. My work has appeared in every issue of Private Eye since 2012, in which, among other things, I produce the regular Eco Chamber cartoon (and prior to that, Adventures With Pooh and Forgotten Moments In Music History)
My cartoons also appear regularly in The Spectator, and other credits include Punch, The Times, Reader’s Digest, Prospect, The Oldie, New Statesman, The Critic, and many others.

I wrote and drew the Billy Whizz strip for the Beano for a time, and was also let loose on classic characters like Winker Watson, Jack Silver, and Robin Hood’s Schooldays for several Dandy annuals.
I co-created Useleus for The Phoenix comic, and there are currently two volumes of his adventures published in paperback by Bog Eyed Books.
I’ve illustrated other books for publishers as diverse as Penguin and Random House.

I have appeared on the television a few times, most notably on Channel 4’s Sunday Brunch.
My work has been exhibited at the Chris Beetles Gallery in London, the Shrewsbury International Cartoon Festival, and the Herne Bay Cartoon Festival.
Michael Heath, writing in The Spectator, once named me one of three young up-and-coming cartoonists to look out for. Although I was, by that time, around forty.

According to my other half I’m available for commissioned work of all kinds.