Review of the Year

As the pencil of 2010 contacts the eraser of 2011, Bloghorn thought it was time to record some of the year’s highs and lows – and to speculate about the new year.

But first, news of a PRIZE competition which will be coming on Bloghorn over the New Year Bank Holiday weekend … so watch this space.

You can explore our full monthly archives of stories from the world of UK cartooning in 2010 at: January – February – March – April – May – June – July – August – September – October – November and December.

As you can see it’s been a packed show, featuring a fantastic Ray Lowry retrospective, above, at the Idea Generation Gallery, mixed with the odd rotten moment like losing Les Gibbard. We have had the fantastic highlights of our traditional events such as the Big Draw and Shrewsbury International Cartoon Festival and, happily, the late great Alan Coren rose from the grave and provided  a shot of welcome wisdom.

After that we played Draw and Fold Over before reading a freshly minted copy of Foghorn magazine. What? You haven’t yet subscribed to six issues a year for only £20? Kindly do so here, now.

The promised appearance of The House of Illustration in London has long cheered many as this will be a sister organisation to our long-time favourite The Cartoon Museum, which lies close to the proposed new attraction at King’s Cross in London. The £6.5m fundraising target is stiff but site building has started and you can read more about the full plans here. Meanwhile, the crew at The Cartoon Museum excelled themselves with a fine range of shows and events, excelling with a fantastic Ronald Searle display as the man reached his 90th birthday. 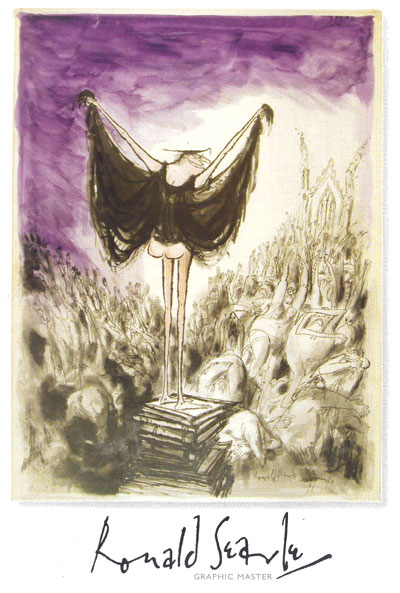 What’s the difference between cartooning and illustration Bloghorn hears you ask?

Try these definitions from the Merriam-Webster dictionary, although we thinks Searle shows the interchangeability of the terms about as well as anyone.

Wikipedia has a definition here for print media which references Punch, the magazine which our former patron Alan Coren used to edit.

Happily, the past year has also seen terrific development in the way cartoons are being used in media and the possibilities, and markets will grow in the new year. We’ve got evidence below from The Times and its current TV advertising. You can find a link to the cartoon they are promoting lower down this article …

What the iPad Was Ma..

Of course, we work on non-mobile television too, check out the titles to the new BBC adaptation of Just William and bow to the pen of cartoonist Ed McLachlan.

You’ll find a fantastic selection of the UK’s finest cartoonists working in all forms of the art at our UK Professional Cartoonists’ Organisation portfolio site which we will also be updating during 2011.

On the site the new and less-and-less unusual Government can expect its usual share of drawn innovation and horror – try Strictly Coalition for a start. In similar fashion, we wrote disobliging things about some parts of the Arts Council England because they sometimes deserve it. 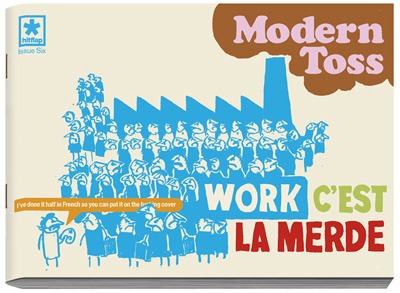 Bloghorn is written, edited and maintained by Matthew Buck, Royston Robertson and Alex Hughes,  on behalf of the UK Professional Cartoonists’ Organisation. You can contact the team here.