The future of the newspaper editorial cartoon

Former editor of The Guardian, Peter Preston has written a piece in The Observer newspaper bemoaning the decline in numbers of editorial or political cartoonists being used in newspapers. You can read it here. Preston focuses on recent job losses in the United States, which mirror the speedy decline of the print media there, but […]

Only tools and performances

The cover of The New Yorker magazine was drawn by Jorge Colombo’s finger which manipulated an iPhone application in the fashion shown above. Good on them and him. 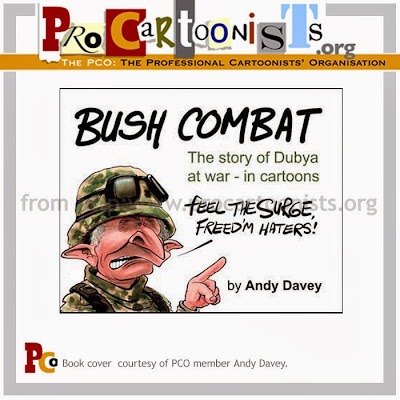 Report on electronic paper from the BBC The PCO: Great British cartoon talent From the PCO (Professional Cartoonists’ Organisation)

Evidence for the value of cartoons in the digital world

One of the problems in being able to express yourself through drawing is having your work “borrowed” or “passed off” as the product of someone else.This is an occupational hazard if you draw to make your living, but it is irritating. Actually this is theft because traditionally, full-time, commercial artists and cartoonists sell the rights […] 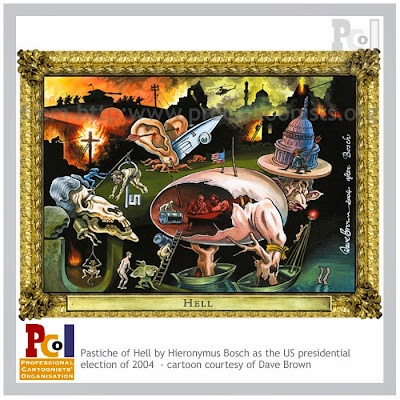 Dave Brown cartoon pastiche of Hell by Hieronymus Bosch as the US Presidential election campaign of 2004. One of the highlights of this year’s Shrewsbury festival is a one-man show of the work of Dave Brown, editorial cartoonist for the Independent newspaper here in the UK. Dave is well known for his weekly Rogues Gallery […] 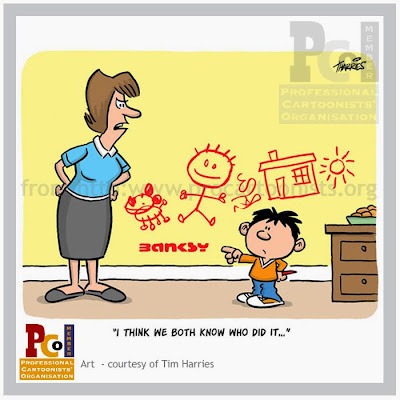 One more offering from the “But is it Art?” cartoon show from the forthcoming Shrewsbury International Cartoon festival. This piece is from PCOer Tim Harries. British cartoon talent From the PCO (Professional Cartoonists’ Organisation)