Welcome back to ‘obscene’ postcards

Bloghorn is pleased to report the recent Margate cartoon postcard exhibition will be back on display in the British Cartoon Archive Gallery, at the University of Kent, from 24 September. This time it will run for six weeks. The original exhibition ran for only ten days but will get a longer run in nearby Canterbury. […]

Obscene postcards? You be the judge

An exhibition of seaside postcards that were banned by local councils in the 1950s opens in Margate this week. I Wish I Could See My Little Willy named after a postcard by Bob Wilkin, above, enraged the authorities in the prudish post war years. The show is being held at the Pie Factory gallery, opposite […] 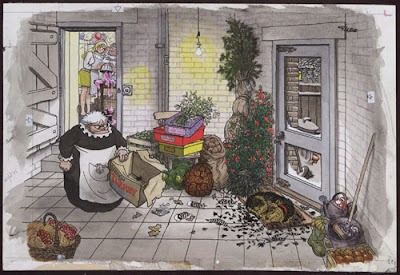 This cartoon courtesy of the Cartoon Museum, the University of Kent and the trustees of the Giles collection. Bloghorn interviews Nick Hiley, curator of the exhibition Giles: One of the Family which is now on at the Cartoon Museum in central London. Who had the original idea for a Giles retrospective? As soon as the […]