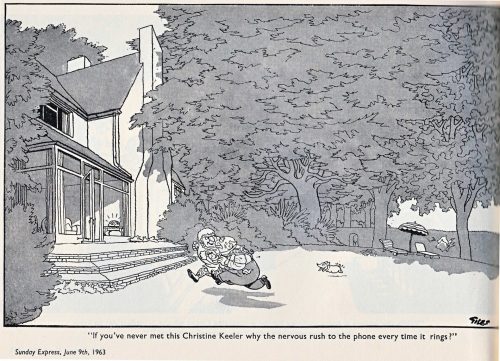 Rupert Besley writes: Christine Keeler and Mandy Rice-Davies are back in the news. It’s become something of a festive tradition to bemoan the lack of good viewing in the Christmas schedules. ‘Absolutely nothing on telly,’ goes the cry. ‘Last year was bad enough and this year is worse.’ And so it has seemed this last […]

An exhibition called One Hundred and One Cartoonists is at the Cartoon Museum in London from Thursday 3 November. It features cartoons, comics and caricatures from the collection of Luke Gertler, who has been collecting original cartoon artwork for more than 50 years. On display will be works by H.M. Bateman, Max Beerbohm, Giles, David […]

A new exhibition devoted to cartoons opens at the Chris Beetles Gallery tomorrow (April 13) and runs until May 1. The 4th Annual Cartoon Show, at the the gallery in St James’s, London, is a selling exhibition which features more than 20 top artists from the past 100 years of cartooning, plus the following three […]

Ipswich Borough Council is expected to give the go-ahead to plans to revamp part of the town centre around a statue dedicated to the cartoonist Giles this week. The scheme, to be known as Giles Circus, will raise the statue of his Grandma character to a more prominent position and will include improvements to the […] 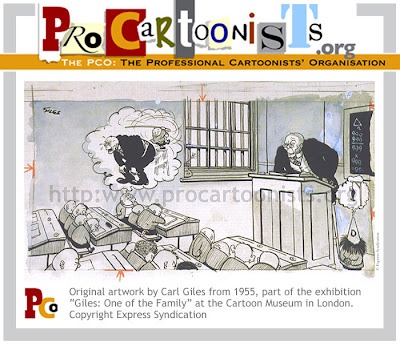 Original artwork by Carl Giles. Click to enlarge The exhibition Giles: One of the Family opens today (November 5) at the Cartoon Museum in London. It showcases the work of Carl Giles (1916-1995), the most famous cartoonist of his generation. Born in Islington, London, during the First World War, Giles joined the Daily Express in […]