Most cartoonists have wondered how they can bypass traditional publication and get their work direct to a paying audience, particularly if they have ever seen rejected drawings and jokes appreciated by the general public. PCOer Clive Goddard has joined forces with cartoon-merchandise producer Steve Willis to come up with an ingenious solution: a cartoon market […]

PCO and a well-travelled cartoon (ist) 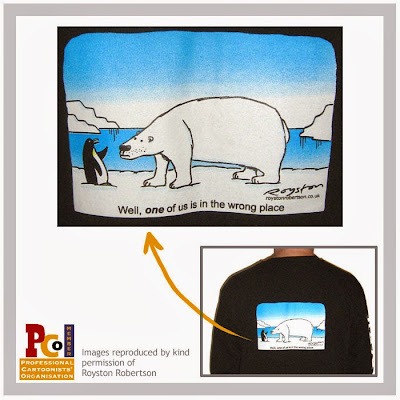 Glad tidings from North Eastern Kent in the UK from whence PCOer Royston Robertson has successfully dispatched one of his cartoons all the way to the Antarctic. A distance of 10,602 miles or thereabouts. The South African National Antarctic Expedition asked if they could use a cartoon of his, which first appeared in Reader’s Digest […]