As part of its ‘100 Women’ season, the BBC asked three female cartoonists from Egypt, Tunisia and Morocco to illustrate how the practice of ‘male guardianship’, even though not always enshrined in law, continues to affect women’s lives. 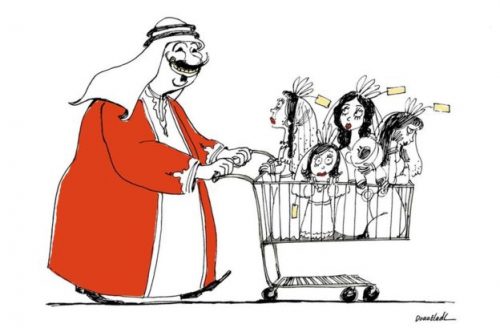 Tackling taboo issues like FGM and sexual harassment, Egyptian political cartoonist Doaa el-Adl frequently courts controversy and has even been accused of blasphemy. Tunisian cartoonist Nadia Khiari says “When I first started drawing, I did so anonymously and everyone assumed I was a man,” whereas Riham Elhour was the first ever female cartoonist to be published in the Moroccan press. Her birthday is on International Women’s Day, 8 March, and she says she was “born a feminist.” 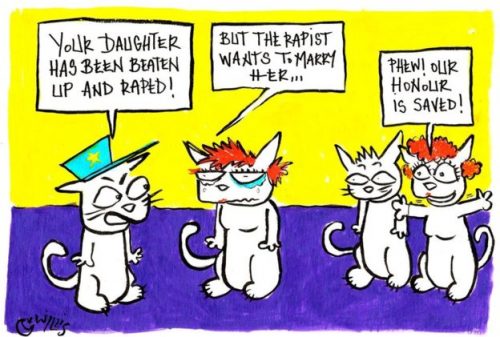 As we have seen all too often recently, cartoonists are a persecuted species and it says a lot for the fortitude of these women that they continue to stand up to oppression in such dangerous times. They also have to deal with issues and attitudes that are difficult for Westerners to comprehend. Nadia Khiari, for example, was inspired to draw the cartoon above in response to controversial comments by a male Tunisian TV talk show host who was suspended from his job in October, after suggesting that a young girl who had been subject to years of sexual abuse by three male relatives should marry one of them when she became pregnant. 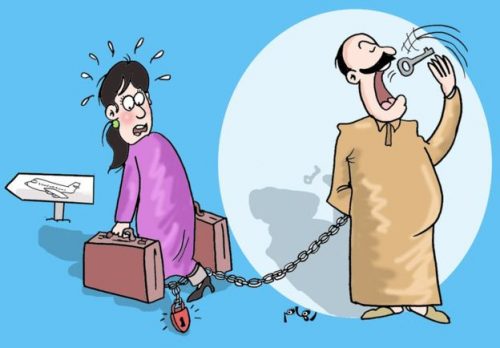 Although many of Morocco’s male guardianship laws were overturned in reforms in 2004 and 2014, women still legally need their husband’s formal permission to leave the country if they want to take their children with them.

“Men can use this to control women’s lives,” Elhour says.

Riham Elhour is still the only female cartoonist at her newspaper but believes that through her art she will change the way women are seen in Morocco.

“I want my drawings to stir women to fight for their rights,” she says. “I don’t want them to moan about being the victim. I am a fighter. All women are fighters.”

For more information on these remarkable women read this article by Severine Dieudonne & Naomi Scherbel-Ball and watch the video (produced by Dina Demrdash) here on the BBC website.