The PCO has a new Chairleg 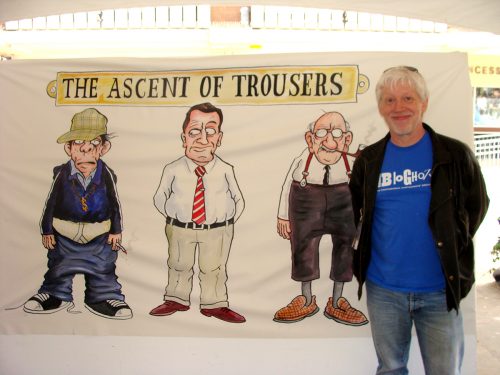 After a very successful tenure as PCO Chairleg the venerable Bill Stott has decided to step down to spend more time with Joan Baez and his Jaguar XK8 – happily Bill will remain on the committee. Step forward Clive Goddard, who will be fitting into Bill’s Chairleg trousers. Clive needs no introduction but here’s one anyway penned by great man himself:

As soon as I was old enough to hold a crayon I decided I wanted to be a gag cartoonist. Personally, I blame the late, great Roland Fiddy whose cartoons I grew up with in the otherwise tedious ‘Look & Learn’ magazine. Blessed with generous parents, I was hurriedly furnished with a copy of ‘How to be a Cartoonist’ by Walter T Foster which I studied thoroughly despite it being about 40 years out of date. 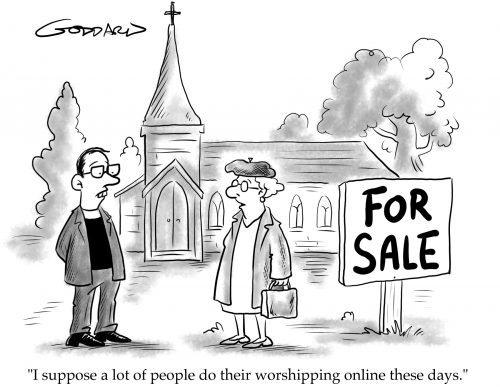 At 19 I was hired by the Newbury newspaper to produce a strip which could be about any local issue so long as it wasn’t contentious, offensive or funny. A mere thirty years later I finally sold a cartoon to my first national publication, Private Eye. It was a joke about BSE; a dreadful livestock disease but an excellent source of humour and a major breakthrough in my fortunes. 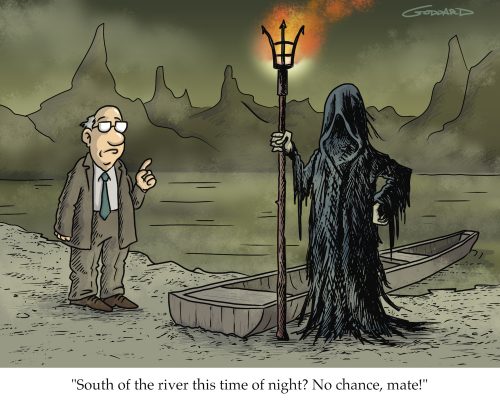 Since then I have drawn for the likes of Private Eye, New Statesman and Prospect as well as for the likes of Playboy, Zoo and the Sun on Sunday, so I’m evidently not fussy. I have been commissioned by the BBC, OUP, Paperlink, the Metropolitan Police, the RNLI, The NHS, Mars Confectionary and just about everyone inbetween. I’ve also illustrated a huge bunch of ‘Horrible’ books for Scholastic Children’s books and written three comedy adventure novels for kids. 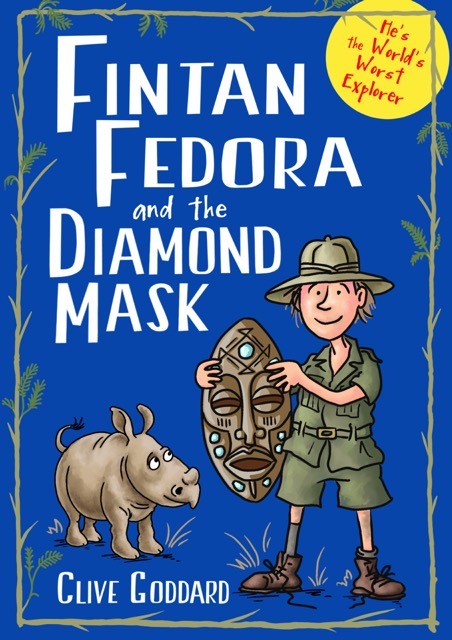 Happily married with approximately four children, numerous cats and a drawer full of Sharpies, some of which still work.
PrevPreviousJane Mattimoe’s UK Case for Pencils (3): The Surreal McCoy
NextLoss of a good friend to cartooning…Next