Dave Walker, a Procartoonists member, talks about what makes him tick in a short film by Michal Dzierza, above, called Being A Cartoonist.

If you like to know what makes other people tick, a new exhibition celebrating the life and work of Mel Calman has opened at the Freud Museum in Hampstead, London. Titled Calman meets Freud, it explores the much-loved cartoonist’s interest in psychiatry and mental health.

Andy Davey has put his recent lecture on the future of political cartooning, which we previewed here, on his website “in windbaggy blog form” (his words, not ours).

Though they may not always admit it, cartoonists are often inspired by other cartoonists. Michael Maslin wanted to know what cartoon collections inspired his colleagues at The New Yorker. He calls these collections “Cartoon Bibles”. 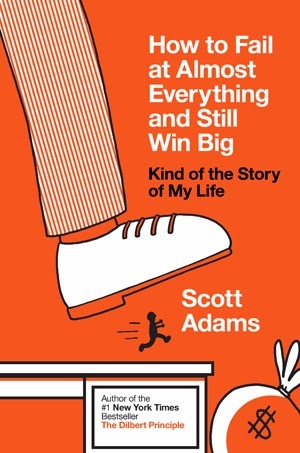 Passion – even for cartoons – is not everything: Scott Adams, the man behind Dilbert, ponders the virtues of failure in this video interview. He has succeeded in writing a book about failure, above.

Sometimes even the most creative ventures fail, as the DrawQuest founder Chris Poole found out.

Yet some cartoons are destined for success. It has been 25 years since The Simpsons broke the mould and made social satire a household name. To celebrate, Lego has teamed up with Fox to re-create them as its iconic figures. Keeping with the celebratory spirit, the cartoonist and animator David Silverman has published early Simpsons drawings on Twitter.

Bill Watterson made the news by winning the Grand Prix at 41st Angouleme Festival in France for his timeless strip Calvin and Hobbes. Also, the 30th Aydın Doğan International Cartoon Competition in Turkey announced its winners, with the top prize going to a Polish cartoonist, Krzysztof Grzondziel.

One cartoonist who may be certain that such recognition will not present itself in his own country is Bonil of Ecuador. Following a press watchdog’s ruling that he had insulted Rafael Correa, the president, the newspaper El Universo was forced to publish a suitable “correction” from the cartoonist.