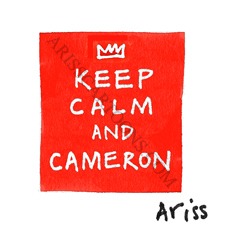 You may have not noticed, but there’s been a general election in Britian recently. And a general election means it’s open season for the political cartoonists, so here Bloghorn presents a brief summary of the events of the last month or so in cartoon form, starting at the beginning of the election with Dave Brown of the Independent on the runners and riders and the Guardian‘s Martin Rowson on the approaching media obsession.
During the campaign The Guardian‘s Steve Bell talks about drawing at the manifesto launches, the Sky debate, and drawing Nick Clegg, Peter Mandelson and David Cameron (and the cartoon that came from this).

The TV debates may have changed the direction of the election, but they were seen differently by Tim Sanders in the Independent, Dave Brown, Peter Brookes of the Times, Steve Bell and Paul Thomas of the Daily Expesss,whilst Morten Morland of the Times produced a series of short animated responses to each of the debates (ITV, Sky, BBC).

The debates lead to widespread Cleggmania as seen by Stephen Collins in Prospect, Matt in the Daily Telegraph, Martin Rowson and Paul Thomas, and the inevitable media backlash as satirised by Peter Brookes and Dave Brown.

Gordon Brown made what was probably the biggest political gaffe of the campaign by calling a member of the public a “bigoted woman”; Peter Brookes, and Dave Brown, Mac of the Daily Mail, Paul Thomas provided their own takes on Bigotgate.

The election night itself inspired Tim Sanders and Matt, but as we now know it resulted in a hung parliament, as shown variously the Sun‘s Andy Davey, Dave Brown, Matt, Peter Brookes, Paul Thomas and Mac (and even a hung parliament themed game), Gordon Brown’s departure as seen by Nick Garland and eventually the Con-Lib coalition Christian Adams, Tim Sanders, Morten Morland and Martin Rowson.

Looking forward to the challenges for the new Government were Harry Venning’s Clare in the Community and Kal in the Economist, and looking back, Bloghorn‘s very own Matt Buck produced a series of  weekly despatches for the Guardian from the 1710 campaign as seen by Tobias Grubbe (2, 3, 4, 5).  The Times produced a 9 page comic summary of the election campaign available for download here (PDF, 7Mb).

The Editor adds: We are bound to have missed many other great examples of cartooning so please do feel free to add things you have seen in the comments. Thanks.