Who's Going to Watch the Watchmen? 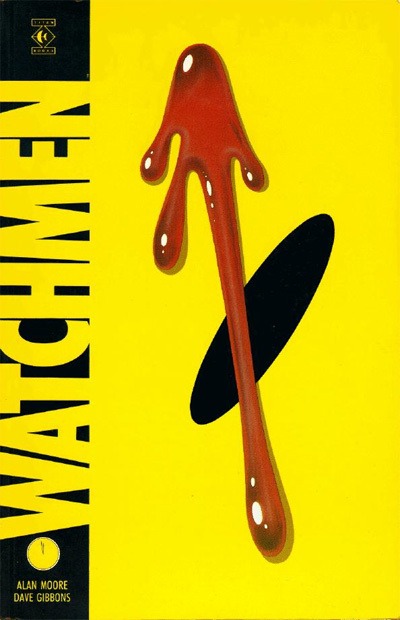 In case you’ve missed the hype, the film version of one of the most acclaimed graphic novels of all time opens in Britain on Friday 6 March. The movie is, of course, Watchmen, based on Alan Moore and Dave Gibbon‘s groundbreaking series of 12 comics, first published in 1986. Set against a alternative vision of 1980s Cold War America it follows the investigations by ‘costumed vigilante’ Rorschach after an ex-superhero is found murdered – although, there’s a lot more to it than that…

Unsurprisingly, there has been a lot of interest and speculation out there in the internet, bolstered by an effective viral campaign on the New Frontiersman (the conspiracy magazine within the comic) and if you can get a copy of the free newspaper Metro (according to the Forbidden Planet blog) this Friday’s edition will come wrapped with a copy of the New Frontiersman. You can get Watchmen coffee and Watchmen condoms, or even an DVD of the Tales of the Black Freighter, an animated version of the pirate comic that features in the narrative. 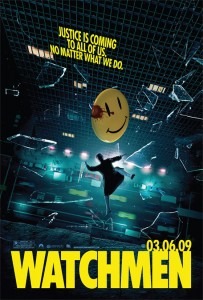 There’s a video of Watchmen artist Dave Gibbons, on how the film visually stays close to the comic, and an interview in the Times, and Wired has a feature on the comic and film, including an interview with writer Alan Moore. Even New Scientist has got in on the act with the Science of Watchmen.

There’s also a rare chance to see where it all started. Original artwork from issue 1 Page 1 of Watchmen, featuring an excerpt from Rorschach’s diary and the iconic blood-spattered Smiley badge is going to be on display at Orbital Comics, 8 Great Newport Street, London WC2H 7JA until the 19th March (thanks to Blimey! for the link).

Lets just hope it lives up to the hype…

Raymond Chandler was once asked what he thought of Hollywood ruining his books. He took the questioner through to his study and pointed to the crime novels on the shelf, saying, “Look, they’re all fine.”

That is kind of how I feel about Watchmen. The graphic novel is an excellent piece of work, and that fact remains, regardless of how good or bad the film adaptation turns out to be.

Each time, I get something new out of Watchmen and I’m always bowled over by it. It’s funny, wry, clever, and is a cracking good story. Not unlike the novels of Raymond Chandler, in fact.

PrevPreviousGoogle's cartoon logo
NextDFC comic is put up for saleNext