The PCO’s Bloghorn will be doing its best to keep you up to date with the news from Britain’s cartoon community in 2008. We will be taking part in a large number of events during the year as well as promoting the work and activities of our individual members here on the Bloghorn. The list […]

The Hayward Gallery on London’s south bank is to host a exhibition of art about ‘laughing.’ You may read about it here. Bloghorn loves this sort of thing, but does find as a rule, laughter in art is best left to the professionals. The Hayward Gallery show runs from Friday 25 January to Sunday 13 […]

Our last installment of Mr Clive Collins as the PCO Artist of the Month for December 2008. Next week, Bloghorn will reveal our first featured professional cartoon image maker for the new year of 2008. British cartoon talent From the PCO (Professional Cartoonists’ Organisation)

May your holidays be bright. Cartoon from Bill Stott.21st December 2007British cartoon talent From the PCO (Professional Cartoonists’ Organisation) 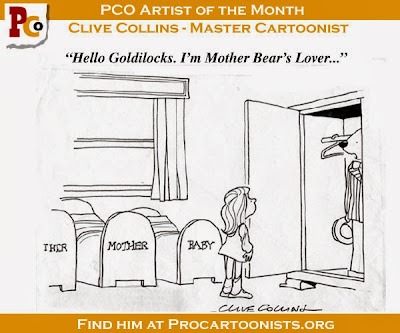 Our Cartoonist of the month for December 2007 is Clive Collins. If you click on the phrase ‘Clive Collins’ underneath this cartoon, through the magic of technology, you will find more of Clive’s work – or you can click C for Collins from here. 20th December British cartoon talent From the PCO (Professional Cartoonists’ Organisation)

News of an early christmas present for the PCO as Bloghorn can report that TV’s Andrew Marr has signed up as one of our patrons. We don’t hand these honours out lightly and as he’s got to follow the late great Alan Coren, perhaps we should be extending sympathy to the poor man too. But, […] 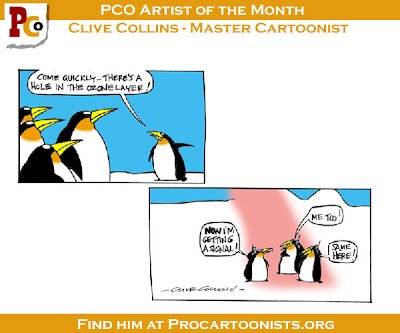 Our PCO artist of the month for December 2007 is Clive Collins (click C from here to see more). Clive is our fifth choice as artist of the month, following on from Martin Honeysett, Pete Dredge, Colin Whittock and Chris Madden. You can find all of these artists and their equally talented contemporaries in our […]

PCO Procartoonists – Drawing for the stage 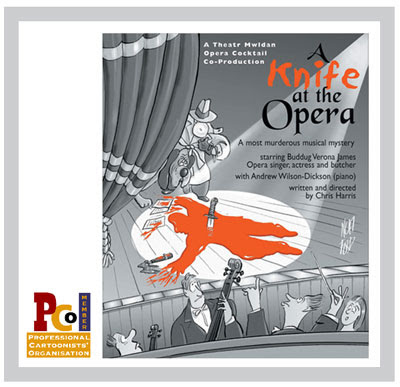 PCOer Noel Ford writes: One of the things I love about being a freelance cartoonist is that, apart from my regular editorial slots, I never know what might be just around the corner. In more than 30 years of cartooning, I’ve had my fair share of weird, wonderful and bizarre commissions, but one that stands […] 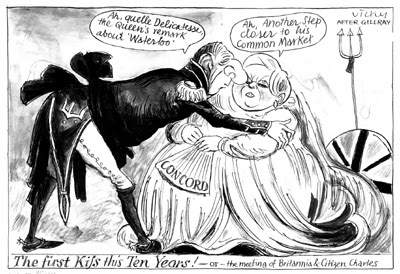 An exhibition entitled Gillray’s Legacy: A Contemporary Perspective is at the Political Cartoon Gallery in London from January 16 until February 23. The exhibition combines a selection of some of the Georgian caricaturist’s best-known works, side by side with reworkings of these “after Gillray” by modern political cartoonists, including Steve Bell, Peter Brookes, Martin Rowson, […]