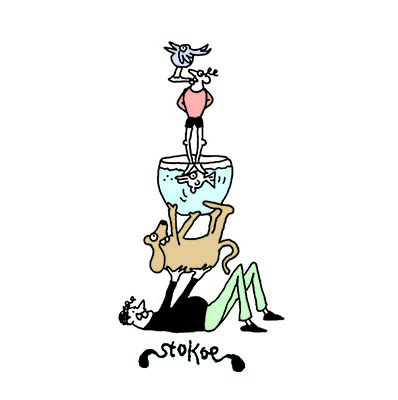 Working from his studio in Wimbledon and co-running a pop-up art gallery up the road Stokoe works on Greetings cards, character designs and has recently finished a project for the homeless during the pandemic. He pens a regular weekly cartoon strip for Anglo American Oil Company and Sunoco Race Fuels commercial advertising.

He has a cartoon hanging in the National Football Museum, and was the set cartoonist for the animated feature film ‘Strike’.