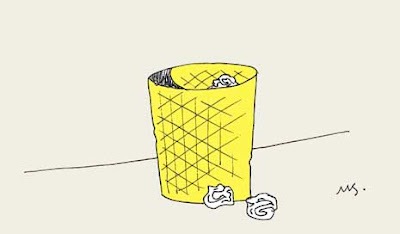 Bored with the Beijing Olympics already? Don’t worry, there’s always the Cartoonists’ Olympics. At least there is in the mind of the New Yorker cartoonist Mick Stevens. He imagines what the 2008 Magazine Cartoonists’ Olympic Games would be like on his aptly named blog I really should be drawing. Events include: The Reject-Toss (see above) […]

Animation: Monkey business at the BBC

It’s great to see that the BBC has come up with a very striking animated film to promote the 2008 Olympics in Beijing, which get under way this week. The characters, adapted from the Monkey stories, are designed by Jamie Hewlett, and the music is by Damon Albarn, his partner in the animated pop group […]