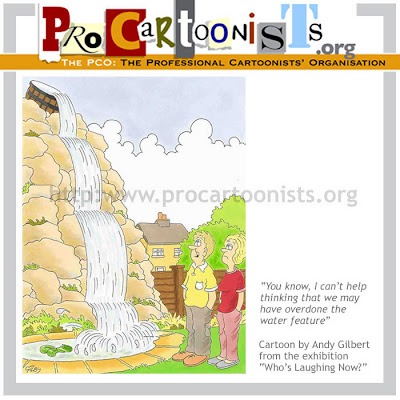 Cartoon by Andy “Gilby” Gilbert. Click to enlarge Who’s Laughing Now?, a cartoon exhibition by PCOer Andy Gilbert, has been a hit at the Derby Museum and Art Gallery and as a result, selected pieces will be exhibited at the Queen’s Hospital, Burton upon Trent, until December 13. After that, the full exhibition can be […] 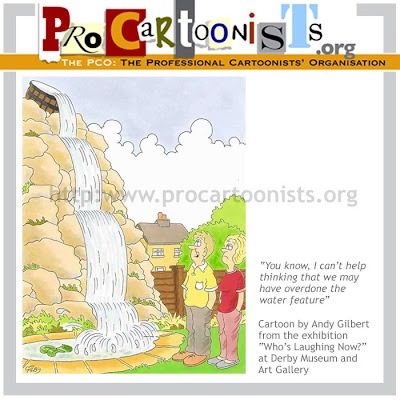 Cartoon by Andy “Gilby” Gilbert. Click to enlarge PCOer Andy Gilbert has been invited by Derby Museum and Art Gallery to exhibit his new collection of worked entitled “Who’s Laughing Now?” Andy produces artwork for Rainbow Cards and much of this exhibition will highlight the gentle humour that he produces for their range. The exhibition […] 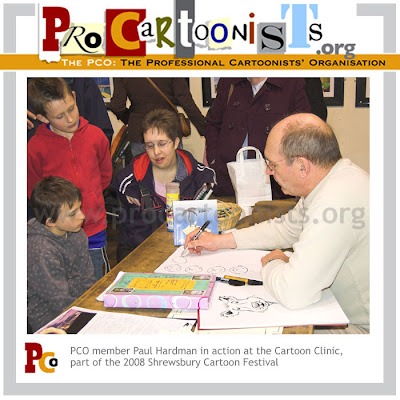 Cartoon workshops at the Shrewsbury festival 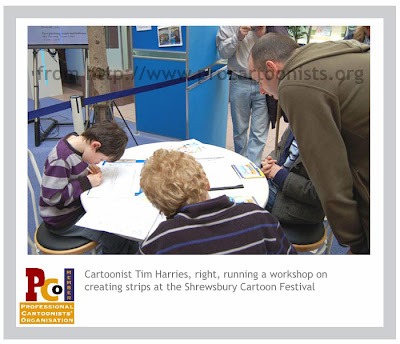 Tim Harries running a cartoon workshop Click image to enlarge Cartoon workshops are a key part of the Shrewsbury International Cartoon Festival, and PCO members Tim Harries and Andy Gilbert will be running two of them. Tim will host a workshop called Create a Comic Strip on Saturday (April 19) at Shropshire Wildlife Trust, 2pm–4pm. […]