Regular readers of this blog will be unsurprised to learn that automation has struck once more with Google receiving a patent for the ‘‘self-creation of comic strips in social networks and other communications’’. The advertising giant is following in the footsteps of other digital toolmakers such as Bitstrips. Digital automation of cartoon formats for display is inevitable in […]

As Google continues to expand into new areas, it has entered the world of cartoons with its own take on the traditional caption competition. Mashable.com has more details here, and you can submit your captions for Google cartoons here. In the US, presidential hopefuls including Mitt Romney and Ron Paul are getting the comic book […]

Most high-profile cartoon in the world

The Google doodles – the drawings which accompany the advertising company’s ubiquitous search engine – are the most read cartoons in the world. Bloghorn admires the company’s long-term use of drawn imagery as a piece of business promotion (do visit the archives.) Today they have moved the still cartoon image into a animated video celebrating […]

Google likes to change its logo now and then, to mark certain events, and today it honours the birthday of Theodor Seuss Geisel, the American cartoonist who is better known as Dr Seuss, creator of children’s books such as The Cat in the Hat. 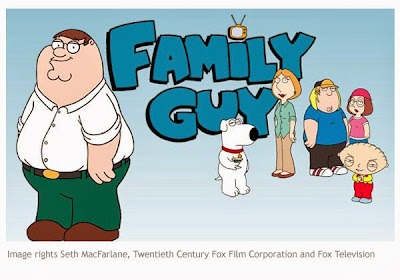 The New York Times reports Google will back exclusive cartoon content for entirely digital distribution this autumn. The search company have a deal with Seth MacFarlane, creator of the American animated series, Family Guy, to produce fifty cartoon shorts. MacFarlane describes the work as “animated versions of the one-frame cartoons you might see in The […]