Artist of the Month: Clive Goddard 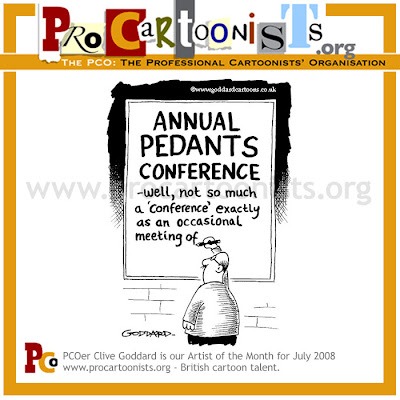 Clive Goddard is the PCO Artist of the Month for July 2008. Clive’s work regularly appears in Britain’s satirical and current affairs magazines, Private Eye, The Spectator, Prospect and The Oldie. He has also drawn for The Times and the New Statesman. He is, perhaps, best known for this work drawing and illustrating the Dead […]