Rob Murray shortlisted for Cartoonist of the Year 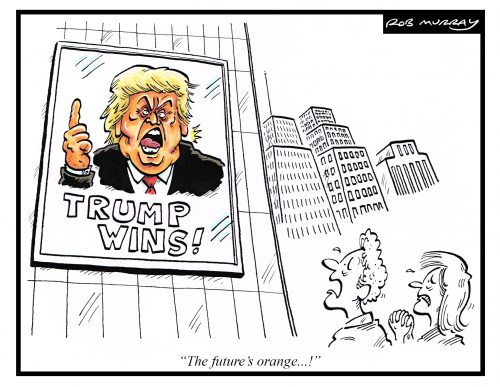 © Rob Murray PCO member Rob Murray has been shortlisted for Cartoonist of the Year at the Scottish Press Awards, for his work as regular topical cartoonist for the Press and Journal — Scotland’s best-selling and oldest broadsheet newspaper. Rob draws two cartoons a week for the P&J, appearing every Wednesday and Saturday. Major geopolitical […] 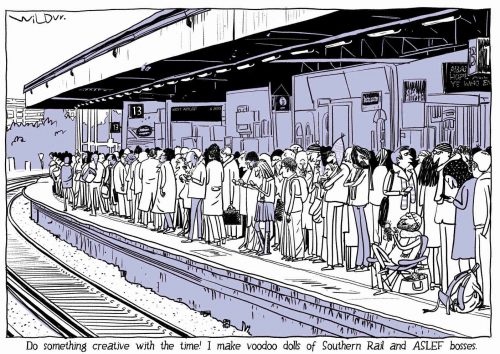 © Wilbur Dawbarn Wilbur Dawbarn writes: I recently read of a bit of a trend among commuters to spend all that time they sit around waiting — either for trains to come or for the train they are on to reach its destination — doing something creative. What a nice idea! Instead of gnashing your […]

‘From a Dark Place: How a Family Coped with Drug Addiction’ 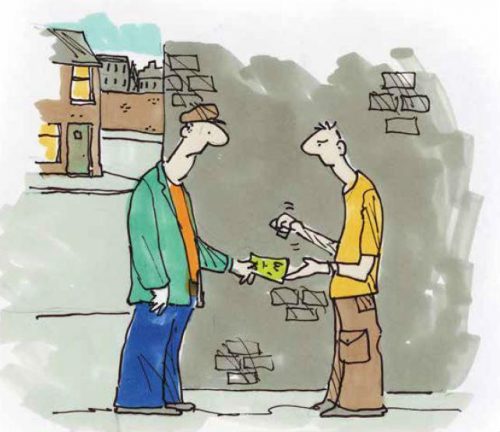 © Tony Husband & Paul Husband Not the sort of headline you’d usually expect to read on a Blog primarily concerned with cartooning and illustration. However this is a true story, told through the medium he knows best, by Private Eye cartoonist Tony Husband in collaboration with his photographer son, Paul Husband. ‘From a Dark […]

‘Pointy-Shoed Weetabix Man’ and other thoughts…

© Bill Stott Bill Stott writes: “On the Go..” Now that’s a phrase that irritates the hell out of me. What does it mean? Doing something? Travelling somewhere? Possibly. But it’s mostly used to imply that we’re all tremendously busy with no time to spend in bovine cogitation. So we have to do things “On […] 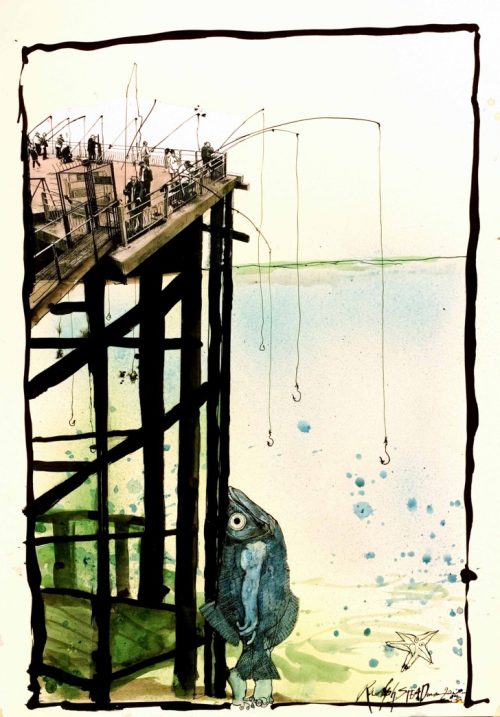 © Ralph Steadman The support for imprisoned cartoonist Eaten Fish continues to grow and here are even more brilliant contributions from PCO members. Please note that you don’t have to be a member of the PCO or, indeed, a professional cartoonist to play a part in this worthwhile, worldwide campaign: simply #addafish of your own […]

Who is The Doodle Man? 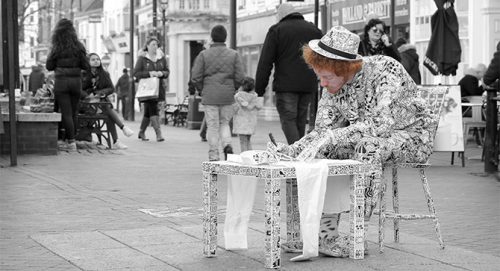 The Doodle Man at work What, where and why does he doodle? To find out, pay a visit to “Doodle Land” via this lovely, quirky video on The Doodle Man’s website. First spotted on the CCGB website, courtesy of Richard Howell.