Opinion: The curse of Management

In a somewhat acrimonious departure, Richard Ingrams has resigned as editor of The Oldie. In this opinion piece, Bill Stott sees echoes from the latter days of Punch magazine and hopes that cartoonists will not see history repeat itself. Whilst it might sound uncomfortably like a medical examination, there’s interesting stuff coming out of The […]

Cartoonist and Procartoonists member Noel Ford takes a look back at The Best of Punch Cartooons in Colour. The collection is edited by Helen Walasek. Well, as far as a review is concerned, I could leave it at that. The title says it all. Oh, all right then … it has long been a bone […]

The ghost editor and the cartoonists

Bill Stott is a cartoonist. A rather good one, actually. Even the great Alan Coren thought so. But then he loved cartoonists generally. Like many cartoonists, Bill doesn’t change his trousers with unseemly regularity. It’s a working-at-home thing. Why bother when the ones you’re wearing have a perfectly serviceable extra few weeks in them … […]

A cartoonist’s memories of Punch magazine

PCO cartoonist Martin Honeysett writes: I was a Punch man. I started in the 1970s when Bill Davis was editor and continued until its final demise. It took a year of weekly submissions before I got accepted and once that happened I felt I’d arrived. For a freelance gag cartoonist Punch was the business, and […] 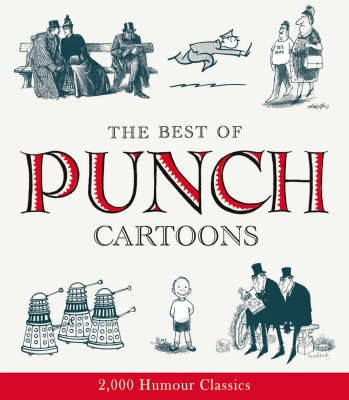 PCO cartoonist Pete Dredge writes: What saddens me most about the demise of Punch, apart from the purely selfish loss of what was once a regular market for me, is that thousands of jokes which would have graced its pages on a weekly basis have never had the chance to be made by the amazingly […] 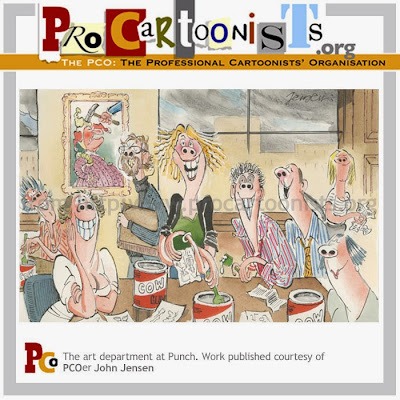 PCO member John Jensen offers a memory of things at Punch magazine. This article was originally published in the Foghorn magazine, which the PCO publishes. Punch died in 1992. Towards the end of its life the atmosphere in the art department was bright, lively and smiling. I thought such camaraderie was inspiring amid all the […]