Feeling the heat at yet another sunny Herne Bay Cartoon Festival

You might argue that in this record summer the sun was always going to shine on the 2018 Herne Bay Cartoon Festival. But at the time of writing it is chucking it down with rain, so the festival still seems to be somewhat blessed. Perhaps the gods of weather are all fans of funny and clever […]

[Poster by The Surreal McCoy] Exhibitions are now open at the sixth Herne Bay Cartoon Festival and more than 20 of the UK’s top cartoonists will descend on the Kent seaside town next weekend for three days of talks, workshops and live drawing. The first event is a discussion featuring The Surreal McCoy and Rachael Ball. They will […] 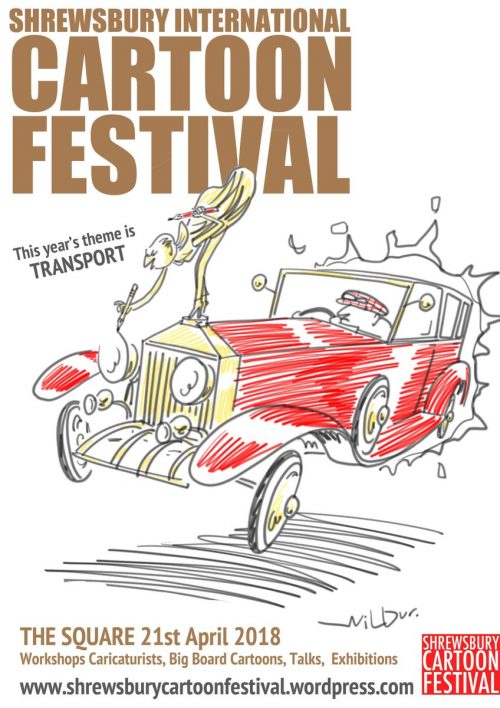 Herne Bay Cartoon Festival 2017:
The End of the Pier Show

[Poster by Chris Burke] The fifth Herne Bay Cartoon Festival is under way, and this year the event features a change of venue for its main live event and a guest appearance by one of the UK’s top political cartoonists. After four years at the town’s Bandstand, the live event will be held on the […]