I’m not sure how you measure these things in any meaningful way but I’m going to confidently declare that the PCO’s #NotTheNPG caricature exhibition at Charing Cross library was a complete triumph. For a start, the location was excellent, being in an area of central London visited by art loving tourists and now, thanks to the collective funds and effort of the  membership, kitted out as a proper gallery space with hanging facilities and frames which we can use again. 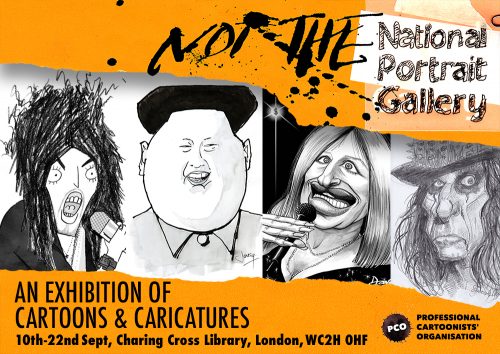 We could, I suppose, measure the show’s success in terms of the members’ response to the call for submissions. 47 different people had their work shown which added up to around 130 pieces on the walls (and tables and floor), whittled down in a painfully difficult process from over 300 submissions. 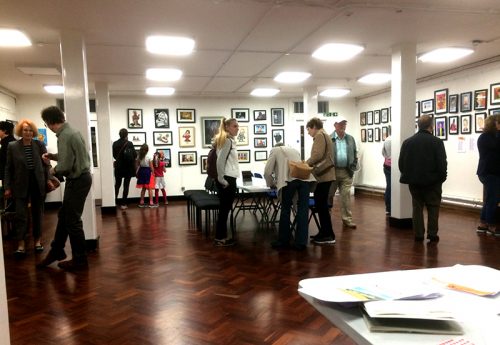 How else to measure it? Well, people turned up. Not in their thousands, of course because it was a cartoon exhibition not a recording of the X Factor, but in sufficient numbers to make it worth doing and to stop the invigilators from sloping off to the pub. We were plugged in both Private Eye and The Evening Standard which certainly helped raise the show’s profile. And those that visited the show really liked it. The comments book was full of very complimentary things and there were plenty of encouraging words exhanged, too. It was also great to hear a lot of audible laughter coming from the visitors which made a pleasant change in the normally po-faced environment of an art gallery. Tate Modern really frowns upon people chuckling at their exhibits as I once discovered to my cost at a Turner Prize show.

Preview piece in The Evening Standard.Better still, we sold stuff. Prints and originals on the walls quickly attracted those lovely little red dots which translated into total sales of nearly £3,000. This included a couple of hundred which the invigilators earned by selling more of their own work out of a grubby suitcase beneath the table. 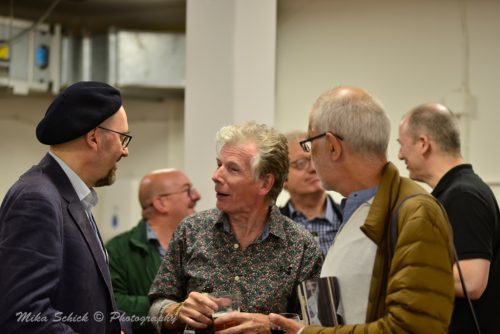 The events were a great success too. The private view was well attended by many cartoonists, art editors and collectors most of whom behaved impeccably and didn’t get too drunk. Unfortunately Damian Hirst, Jeremy Corbyn, Boris Johnson and the other caricature victims on display, though cordially invited, were unable to attend due to some pathetic reason or other. I don’t know – they didn’t RSVP. 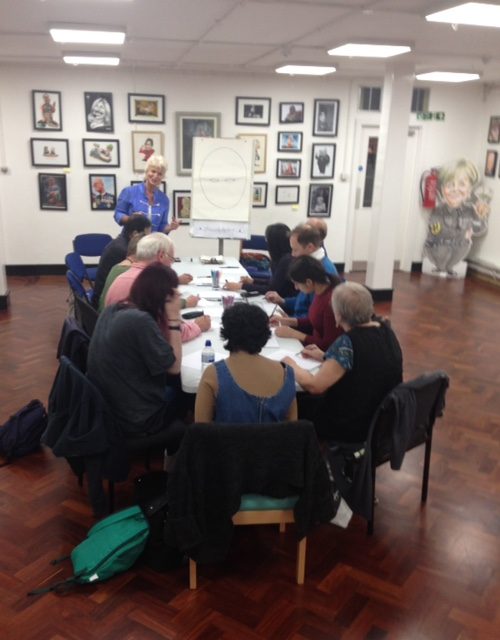 Helen Pointer’s caricaturing workshop went down a storm, attracting a full table of happy punters eager to learn and to try their hand/s at the dark art. 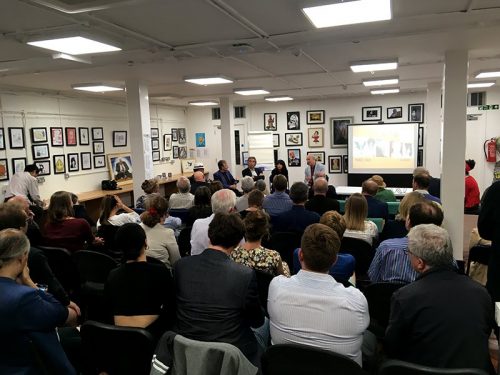 The panel discussion featuring PCO heavyweights* Martin Rowson, Andy Davey, Rebecca Hendin, John Roberts and Chris Burke was a sell out**. Different perspectives on working practices and processes were shared and there was a dialogue between people working in slightly differing, yet overlapping, adjacent fields, ie: portraiture through a lens that included everything from event caricature to political cartooning to illustration gave a welcome broad perspective. And, again, most people behaved very well throughout. 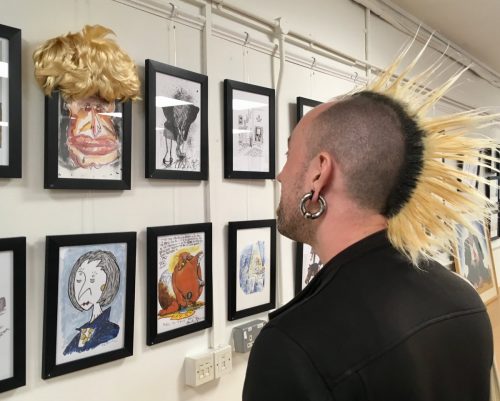 The clash of the hairdos. Photo © Glenn MarshallSo now that it’s all over and Uncle Glenn has de-framed everyone’s work and is trying to find the SAEs they came with, we start thinking about the next one. Today Charing Cross, tomorrow the world!Major thanks to everyone concerned.