Exhibition in aid of tsunami victims

The Kyoto International Cartoonist Congress has organised an exhibition from which proceeds will go to victims of the Japanese tsunami and the Fukushima nuclear disaster. The Kyoto International Cartoon Special Exhibition features 300 cartoons from 127 cartoonists in 41 countries, including, from the UK, Martin Honeysett, John Jensen, Ken Pyne and Ross Thomson. A detail […]

Cartoon contest is no laughing matter

PCO cartoonist John Jensen takes a look at a Turkish cartoon competition: Turkey recently staged its 27th Aydin Dogan International Cartoon Competition and a 255-page catalogue was released, beautifully printed throughout in colour, with text in Turkish and English. There’s a long list of successful exhibitors – 44 countries are represented – and a much […] 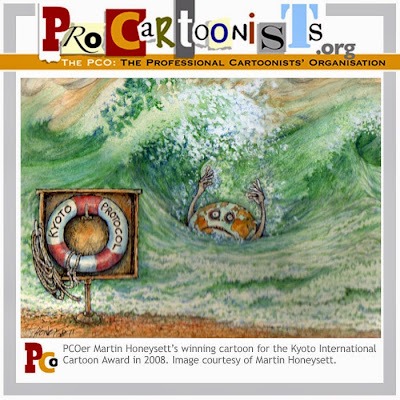 PCOer Martin Honeysett has won the Kyoto International Cartoon Competition for a piece of art on global warming. Fellow member Ross Thomson placed third. You can see a full report on ther work and the stiff competition they faced here. Bloghorn says Click H for Honeysett and T for Thomson.It’s British cartoon talent From the […] 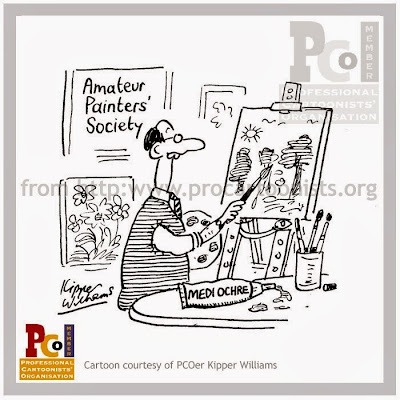 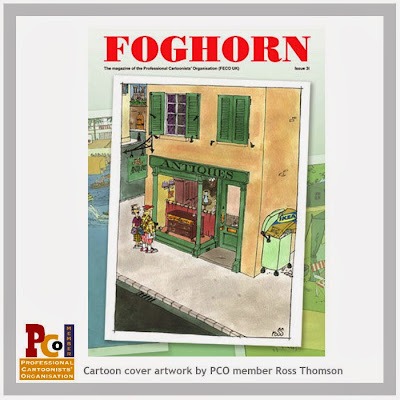 Foghorn, the full colour magazine of the Professional Cartoonists’ Organisation is in production right now and is due to land on the desks of some lucky art buyers soon. This all new exciting flood-proof issue will include articles from PCOers Martin Honeysett, Martin Rowson, Roger Penwill and Pete Dredge alongside the usual top jokes and […]