Honorary Overseas PCO member Eaten Fish, also known as Ali Durani, has received the prestigious Fritt Ord Foundation award. This scholarship is given to nine cartoonists living in Norway who use the medium of visual satire.

Fritt Ord aim to strengthen the position of satire drawing in Norway, because it is an expression at the intersection of art and journalism that enriches written journalism and makes us see political issues with a new perspective.

“After the terrorist attacks on Charlie Hebdo, many have had their eyes opened to the significance of visual satire. At the same time, it seems that it is disappearing from the newsrooms, perhaps especially for financial reasons. They are nice to have, but not absolutely necessary. We would like to give some artists the opportunity to continue working with this genre, of course with a view to publishing opportunities,” said Fritt Ord project manager Joakim M. Lie. 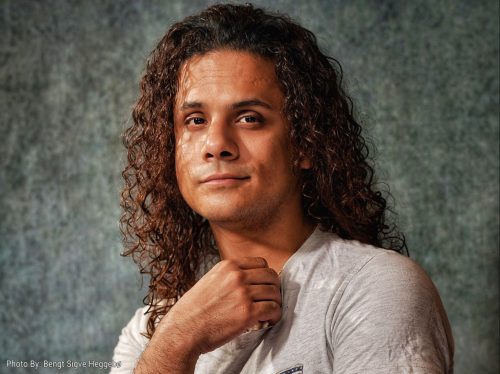 Among the recipients of the scholarship are both Norwegian and international artists. Iranian Ali Dorani has been living in Stavanger since 2017 when he arrived through ICORN’s program for persecuted artists and writers. Prior to this, he spent five years in a refugee camp on the island of Manus Island, off Papua New Guinea, and his work as a satirist has been about documenting and communicating living conditions in refugee camps based on his own experiences.

“I have been in a difficult place in life without income and work, and this gives me the opportunity to continue drawing and communicating on behalf of refugees around the world”, he said.

Each recipient of the work grant receives NOK 100,000. each (about £8,300), which will cover four months’ work during the autumn of 2021. During the same period, guidance, advice and development will be offered by professionals and jury members, and the cartoonists will also have to opportunity to work with newspapers or other media. Fritt Ord will give a further grant of up to NOK 100,000 if any work results in a publication agreement or self-publication during 2022.

Many of you will have contributed fish to our #DrawEatenFish digital shoal where we joined the global campaign to get ‘Eaten Fish’ released from internment on Manus island. It’s great to see Ali now thriving in Norway