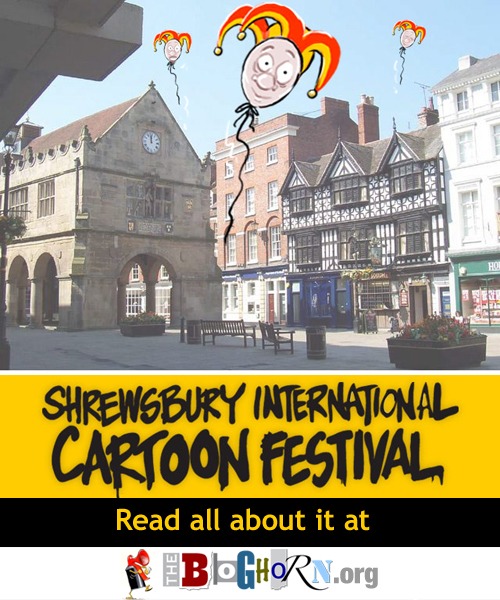 With a little over six weeks to go until the start of the Shrewsbury International Cartoon Festival, the full list of cartoonists in attendance has been revealed.

Royston Robertson, Alex Hughes and Matt Buck will be reporting the events for Bloghorn. Information on getting to and staying in Shrewsbury can be found here.

Update: It turns out we’ve missed Cathy Simpson from the list of attending cartoonists. Apologies, Cathy!