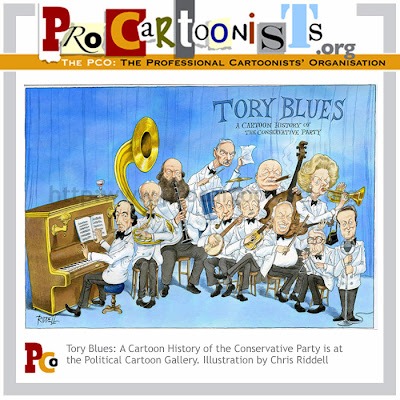 An exhibition called Tory Blues: A Cartoon History of the Conservative Party opens today (October 21) at the Political Cartoon Gallery in London and runs until January 7, 2009.

It features original political cartoons charting the history of the Conservative Party from Benjamin Disraeli, through the likes of Balfour, Baldwin, Churchill, Thatcher and Major, to today’s Party Leader, David Cameron.

Included, for the very first time on display, are original cartoons covering both the Party’s election victories and defeats as well as important events in the history of Britain’s most successful political party.

The exhibition is to be opened by the former Conservative MP Mathew Parris. A book by Alan Mumford entitled Tory Blues will accompany the show.