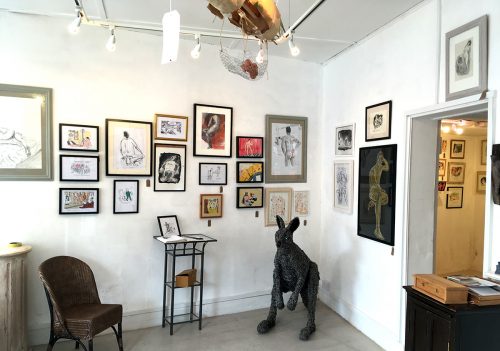 Away from the Herne Bay Cartoon Festival proper was the exhibition improper ‘Contains Male Nudity’ which is still running at One New Street Gallery. PCO’s intrepid senior staff photographer Kasia Kowalska was at the ‘Privates View’ to cover events as they unfolded.

Readers are warned that some of the following content may be of an adult nature. 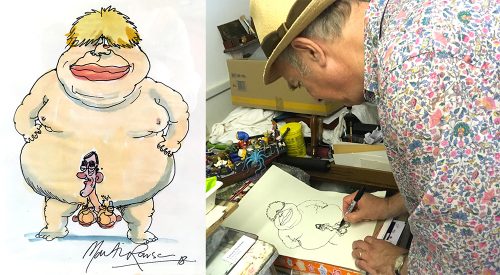 Martin Rowson in the gallery studio creating a late entry to be inserted into the exhibition. 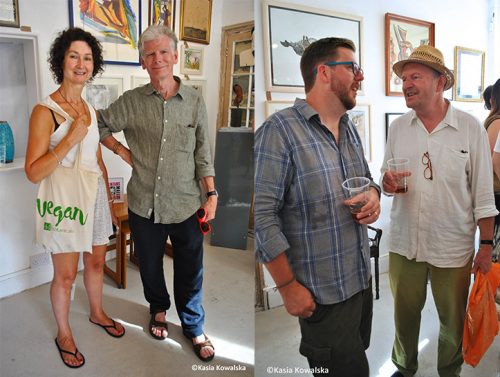 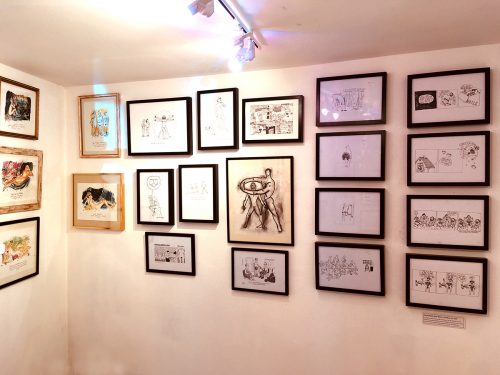 The ‘Room of Filth’ mostly so named because of the Jeremy Banx contributions. 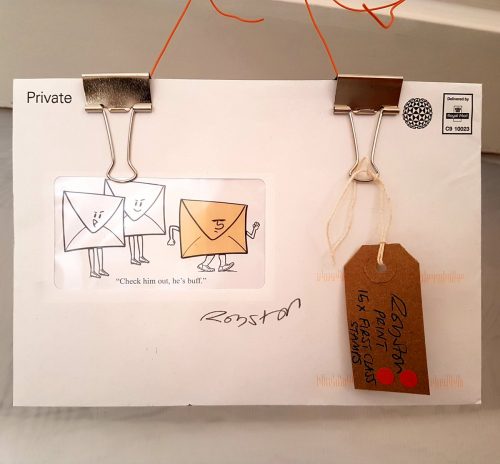 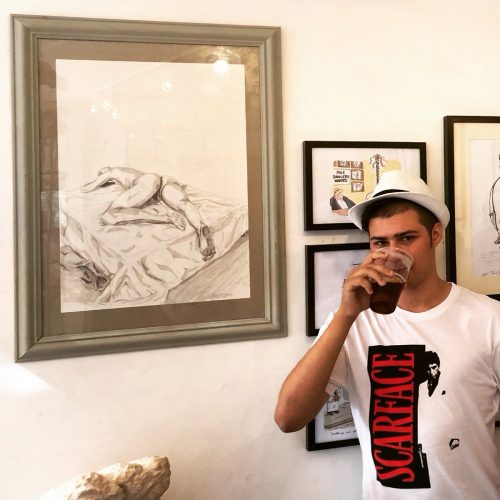 And some more ‘art’ from the walls: 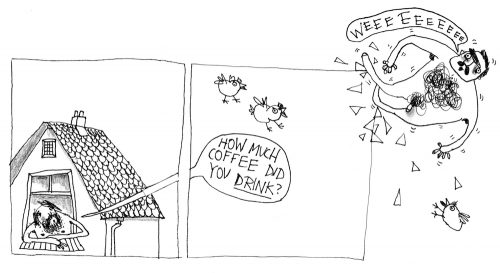 One of the Danny Noble strips featuring nude Ollie Reed and Alan Bates spending their lives together after their naked wrestling scene in Ken Russell’s ‘Women in Love’. 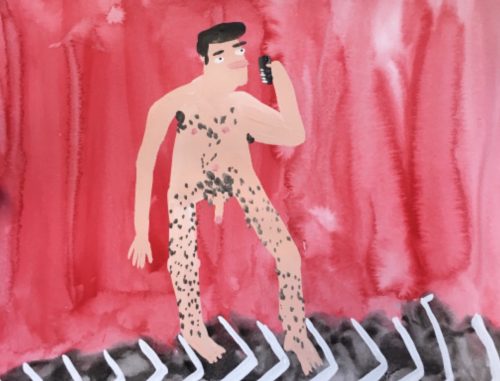 ‘Agent Dale Cooper’ from the mind of Dr Julian Gravy aka Tony Horseradish. 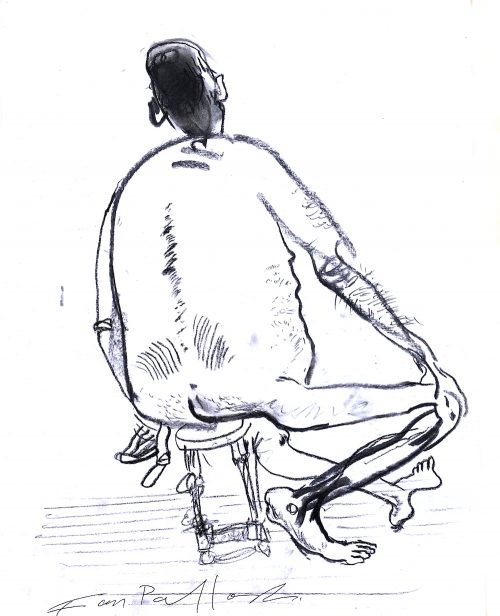 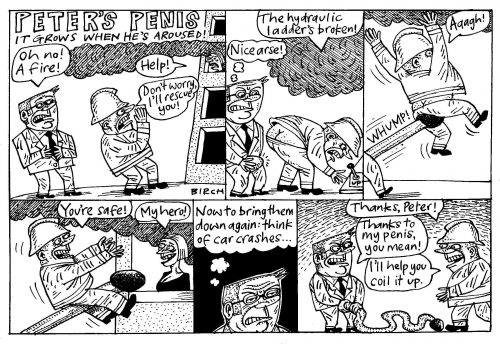 All photos by © Kasia Kowalska unless otherwise stated.

Thanks to Torin Brown and  The Bouncing Barrel for providing the lovely cask of ale. 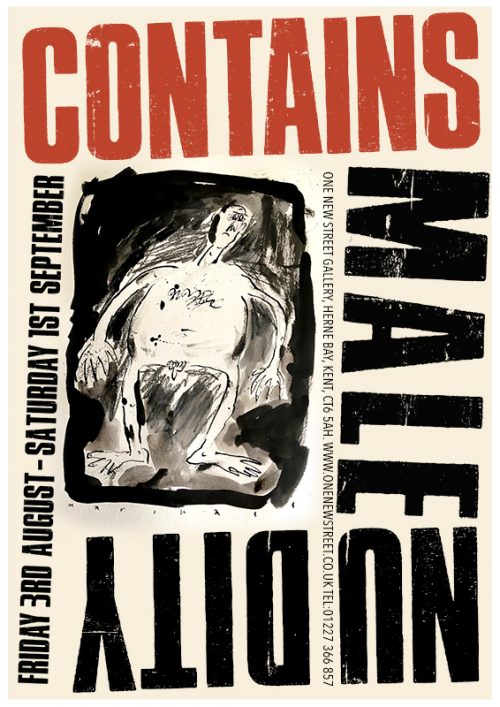