Crowdfunding the soundtrack to a motion comic 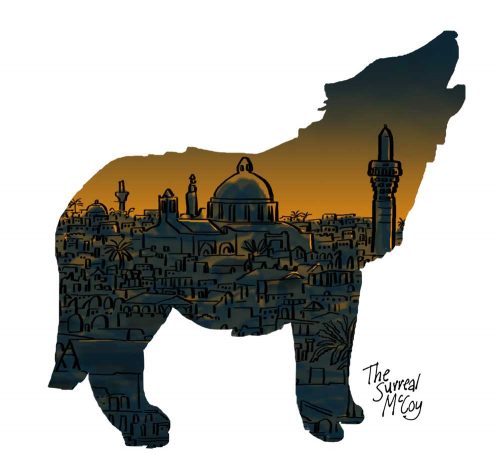 PCO member The Surreal McCoy/Carol Isaacs is turning to the world wide web to fund her new audio-visual project The Wolf of Baghdad, the little-known story of Iraq’s lost Jews as told through her family’s memories. With the graphic memoir drawn and turned into a motion comic (semi-animated film) all that’s needed is to record the music soundtrack to complete the project and turn it into a DVD.

Through an online campaign on Kickstarter she is hoping the age-old patron-artist relationship will provide the necessary pledges from fans already gained to date and spread the word over the internet to new ones. However if the £8000 budget isn’t raised over the 30-day fundraising window all pledges are cancelled and it doesn’t go ahead.

Early critical responses to the live performances of The Wolf of Baghdad have been extremely positive. Claudia Roden (food writer and cultural anthropologist) said it was “an enthralling and moving combination of art and music” and “magical”. Lyn Julius of Harif called it a “tour de force” and “the most exciting animated audio-visual experience since Persepolis”. Alex Fitch at Panel Borders/Resonance FM, found it “moving, exhilarating and powerful, and the musical accompaniment fits the visuals perfectly”. Adding, “The Wolf of Baghdad is a terrific addition to the newly emerging form of the live motion comic, following in the footsteps of other recent examples such as Dave McKean’s Black Dog: The Dreams of Paul Nash, and Neil Gaiman and Eddie Campbell’s The Truth is a Cave in the Black Mountains.”

Through this exciting new genre of a motion comic, the story has a chance to be seen by a much wider audience. The Kickstarter pledges will pay for London-based JudeoArabic band 3yin – pronounced “ayin”, Hebrew for eye – to record the soundtrack for the animation using traditional instruments and repertoire and for the manufacture of DVDs and music CDs. Other rewards include limited-edition signed prints from the graphic memoir and an exclusive house concert by 3yin. 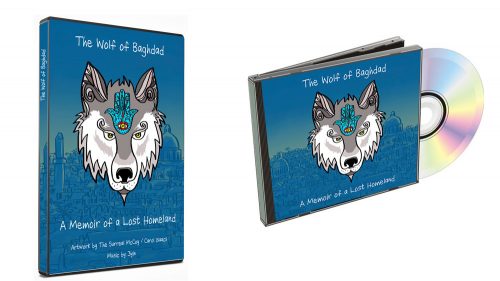 About The Surreal McCoy/Carol Isaacs:

As cartoonist The Surreal McCoy her work has been published in the New Yorker, Sunday Times, Readers’ Digest, Spectator and more. Her first graphic memoir The Wolf of Baghdad will be published by Myriad Editions in January 2020. As a musician Carol has worked extensively with many international artists including Sinead O’Connor (Ireland), Indigo Girls (USA), Phongsit Kampee (Thailand) and Ahmed Mukhtar (Iraq).