Congratulations to our friends at Cartoonists Rights Network International for winning the Index on Censorship Freedom of Expression Award for CAMPAIGNING.

Index on Censorship described CRNI as “a small organisation with a big impact: monitoring threats and abuses against editorial cartoonists worldwide. It is a lifeline for cartoonists in danger across the world.” 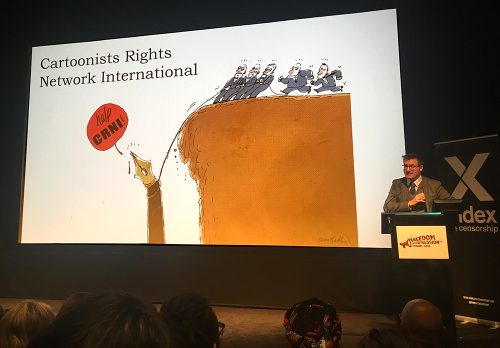 In his speech Terry Anderson said: “Like virtually no other profession the cartoonist makes it their business to remind the citizenry that the emperor is naked.”

Terry kindly mentioned the support they have had from Procartoonists. Many of our members have contributed to campaigns for the likes of Zunar, Ramón Nsé Esono Ebalé, Free Turkey Media and of course drawn fish for Eaten Fish.

Terry also praised International Cities of Refuge Network (ICORN) who offer refuge to writers, journalists and artists at risk of persecution. They’d been instrumental in the release of Eaten Fish.

The full speech can be seen here. 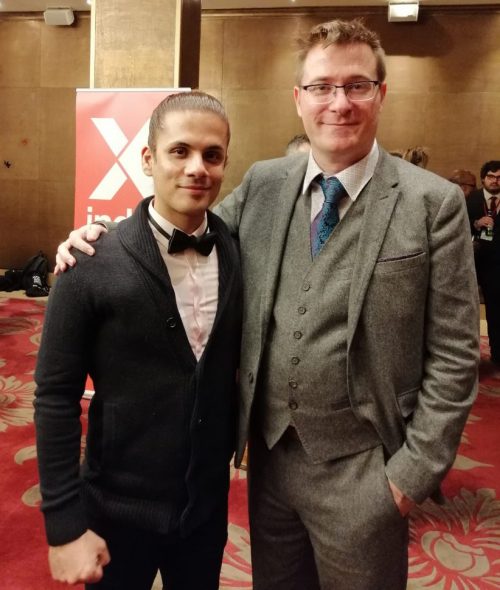 Two cartoonists who benefited from CRNI backing had flown in specially to attend the awards. Zunar, a cartoonist who faced 43 years in prison for criticising the Malaysian government and Ali Dorani, AKA Eaten Fish, the Iranian cartoonist who spent four years interned in Australian-run Manus Island refugee internment camp. 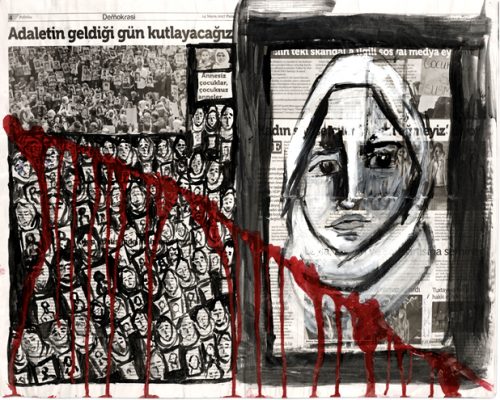 All the award winners were incredible as indeed were all the nominees. I was particularly taken with the story of Kurdish artist and journalist  Zehra Doğan. She has only recently been released from a Turkish prison after being jailed for painting the destruction of a town in Turkey’s Kurdish region. When in prison she wasn’t allowed to have artists’ materials so drew on newspapers or old milk cartons using crushed fruit, herbs and even blood as paint with bird feathers to draw. Zehra won the award in the ARTS category. 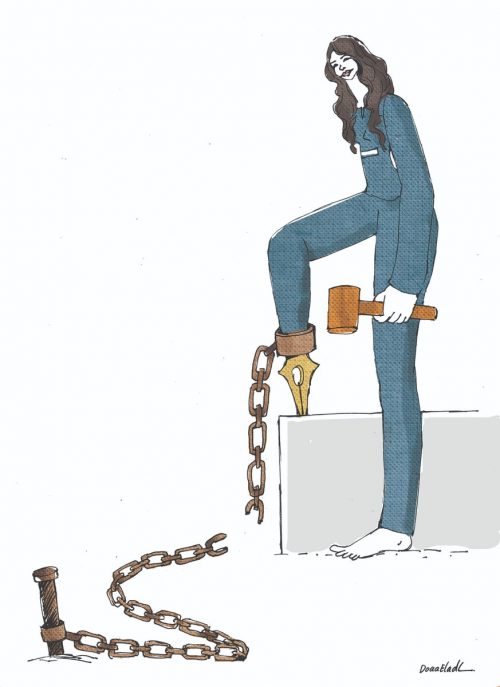 One of the wonderful award cartoons by © Doaa el-Adl. 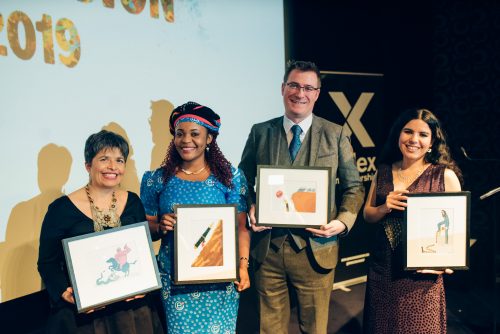 Details of all the winners can be seen here.

For anyone interested in supporting Index on Censorship their CEO Jodie Ginsberg launched ‘The 1972 Club’ a membership scheme that funds their work as well as giving you great benefits. 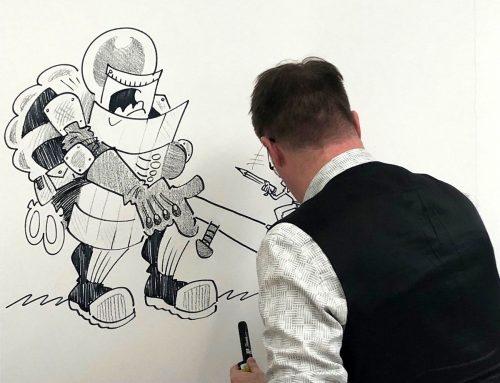 Terry doing some painting and decorating on the wall at the new Index on Censorship office earlier in the day.