The traditional festival team photo at the start of the day.

Last Sunday saw the annual live drawing event on the Herne Bay pier as part of the Cartoon Festival which this year was themed around the anniversary of the Apollo 11 moon landing. Our chief PCO paparazzo Kasia Kowalska was dispatched to record that one small step for cartooning kind.

An effigy of him would be set upon by angry crowds later in the afternoon (Boris, NOT Dave Brown)

Kathryn Lamb’s big board lift off.

Guy Venables also dipped his toenails into the Herne Bay Cartoon Festival for the first time.

My only criticism of the festival this year was that some of the boards had HUGE holes in them! I’m impressed by the way Des Buckley got round this by incorporating them into his drawing. 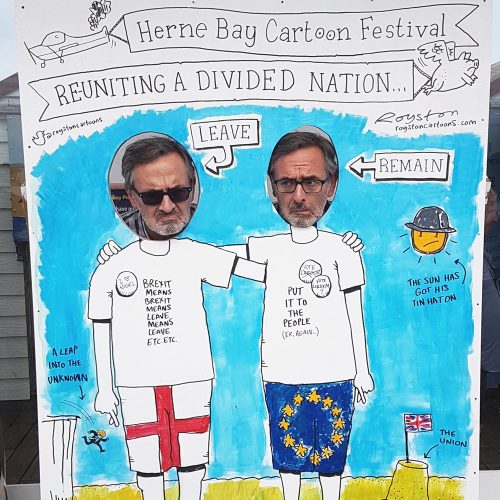 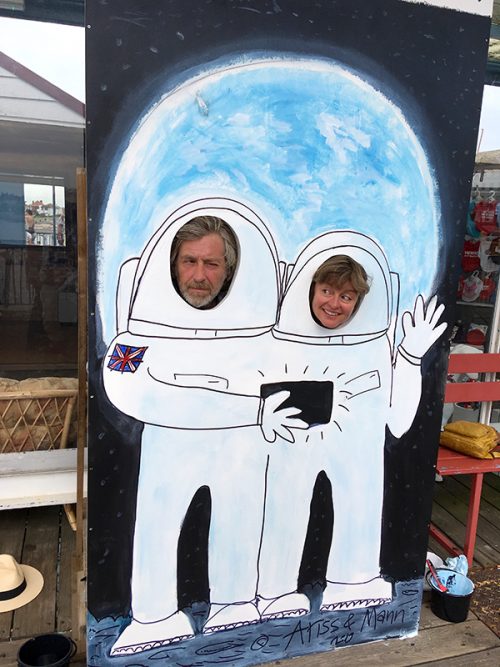 Nathan Ariss and Sarah Mann on the moon selfie. Ideally there should’ve been another hole for people to put their camera arms through.

The Surreal McCoy cunningly saves the moon theme for the final frame..

PCO Treasurer Amy Amani and our Chair-moon (gerrit?) Clive Goddard proving their business acumen – get your board done and flog stuff.

Steve Way was quick off the launch pad in an attempt to be ready for kick off in the Charity Shield cup final.

Pete Dredge and Alex Hughes filling in their festival expenses forms while pretending to do some caricaturing.

Cecil B DeMarshall directing his movie epic (you can tell I haven’t got much real work on at the moment) aided by clapper board intern Ace Rockman and in the background festival organiser and soundtrack penny whistle foley artist Sue Austen. 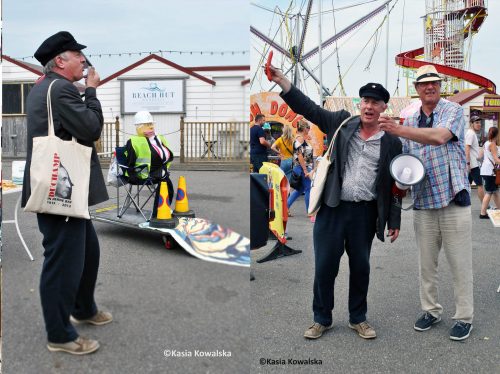 Martin Rowson summoning the gulls to eat chips out of his balloon filled Boris…the lack of takers proving the seagulls of Herne Bay have their limits.

In scenes resembling Zombie Apocalypse members of the public then set about tearing apart the defenceless Mr Johnson!

In cahoots with festival honcho Steve ‘The Dry Iceman Cometh’ Coombs, Rowson then tried to entice the gulls into eating his Dominic Cummings saveloy.

Cummings was eventually devoured by festival regular Teddy the dog. 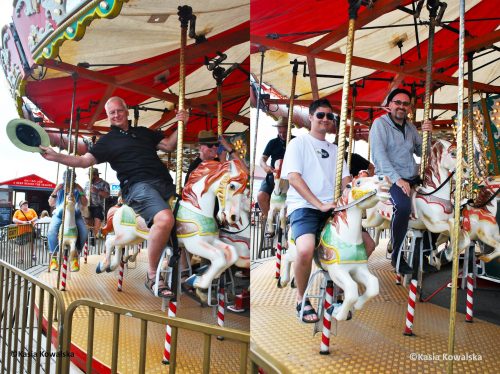 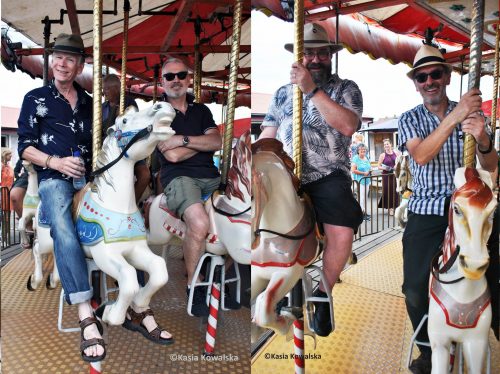 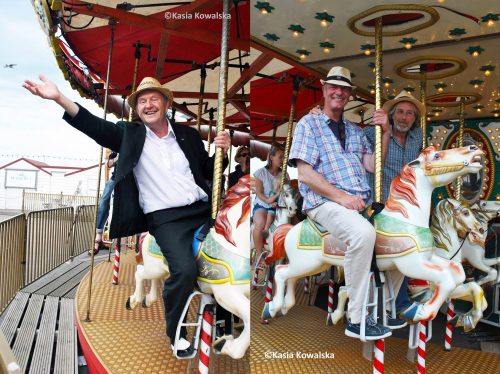 An out take from the earlier group shot where we tried to get Señor Birch to stand still for a second.

All photos by and copyright of Kasia Kowalska unless otherwise stated.