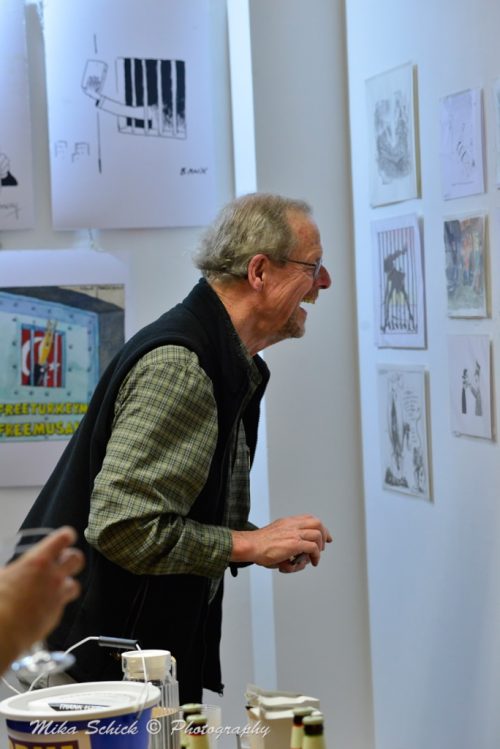 Last night saw the private view of our Gagged exhibition at Westminster Reference Library in central London. Thanks to the generosity and imagination of PCO members it was an excellent showing of very different takes on the themes of censorship and freedom of speech. Representatives of Index On Censorship and Reporters Without Borders (RSF) attended, and several sales were made with all profits and donations going to CRNI (Cartoonists Rights Network International) who do important work in defending political cartoonists under threat around the world.

There was a very successful free cartoon workshop hosted by Banx and The Surreal McCoy on Saturday 25th November. (More about that to follow in another article.)

Furthermore, a free talk with Andy Davey, Martin Rowson and Jodie Ginsberg from Index On Censorship, joined via video link by Zunar, the Malaysian cartoonist, and Robert Russell, director of CRNI will take place on Tuesday 28th (6-8pm).

Book for the free talk here through Eventbrite.

Unlike the cartoonists supported by CRNI who are featured as individual case studies in the exhibition, we hope it will be able to travel to other venues around the country next year.

Many thanks again to all those who contributed. 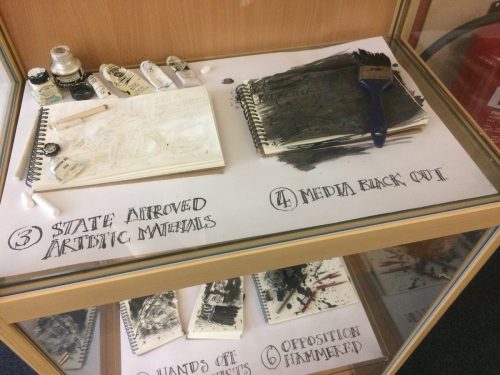 Open Monday to Friday 10am to 8pm, Saturday 10am to 5pm, closed on Sundays.

More about the work of CRNI here. 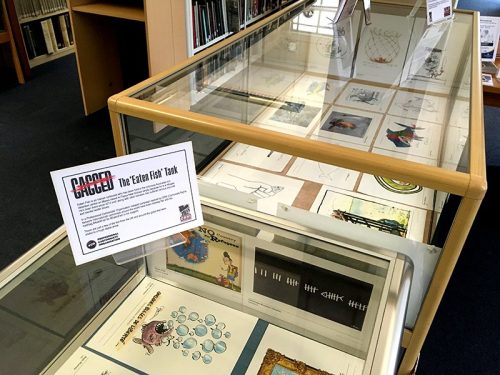 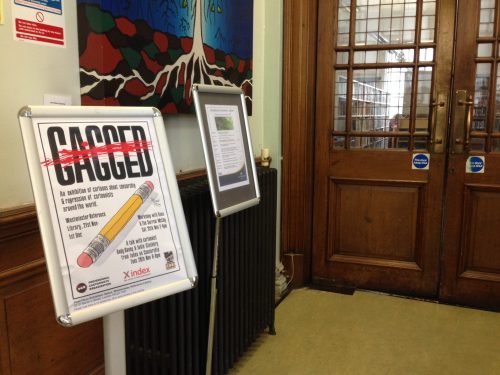