It is widely acknowledged that the collective noun for cartoonists is a whinge.

At the beginning of the year, I had asked a whinge of cartoonists to make good on their bellyaching about not seeing one another often enough. They complained that they were sick of solitary sobbing over their paint pots and drawing boards and were vexed with venting into the void about the state of the world. And so, Ye Olde Whynge was born. Seemingly, out of frustration. 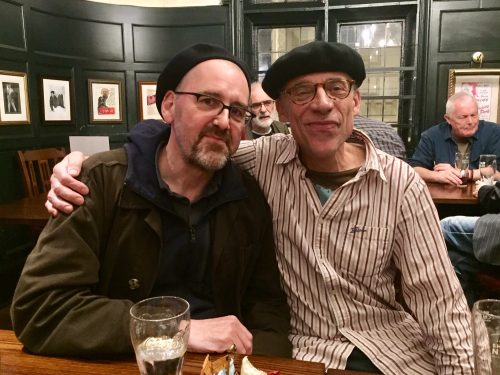 The Whynge is an informal and unaffiliated cartoonist gathering in a small, friendly pub in central London. Topics of conversation have historically included: the B-words, the T-word, the state of the nation and the state of the world, not to mention the occasional heated debate about gouache and appropriate sharpness of pencils. 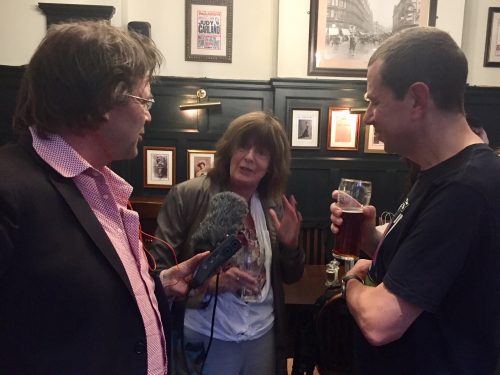 The September Whynge played host to a special guest from the Netherlands, Marten Minkema, who was gathering material for a radio programme commissioned by the Dutch National Radio, NPO 1.

The subject of the report was Brexit from the view point of British cartoonists, as a means to elucidate the current situation in the UK and explain it to those living across the Channel, with a prevailing motto of ‘show me your cartoons and I’ll show you your country.’ 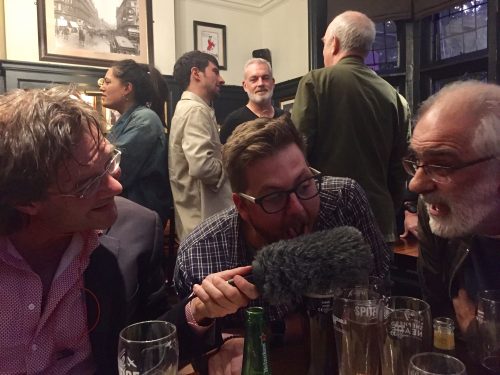 Marten wanted to find out whether the dynamics of Brexit provide inspiration, or whether it is difficult for cartoonists to surpass reality. The voices of Steve Way, Ros Asquith, Martin Rowson, Bob Moran, Martin Newman, Mac (Stanley McMurtry) and Dave Brown provide some of the answers. 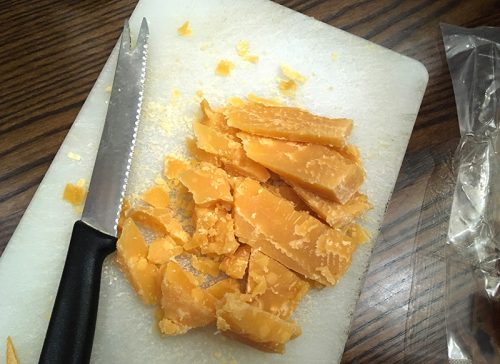 Many raised eyebrows when Marten said he’d brought over a substance for us all to try…turns out it was a fine Dutch cheese.

‘Brexit: De Spotprent Voorbij’ (‘Brexit: Beyond the Cartoon’) is available on NPO1 (the Whynge section begins at 06:57)

Cartoonists are welcome to come along to the next Whynge and have a good whinge.