A labour of love… 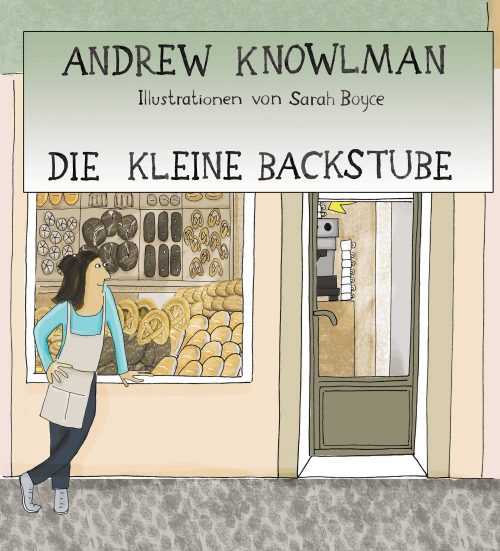 A story, remarkable and touching in so many ways, with illustrations by PCO member Sarah Boyce:

Kings Langley resident, Andrew Knowlman, was diagnosed with motor neurone disease in April 2015 and now uses a wheelchair and eyegaze technology to communicate. This week sees the publication of a book he wrote for his daughter entirely using his eyes called Die Kleine Backstube (The Little Bakery). 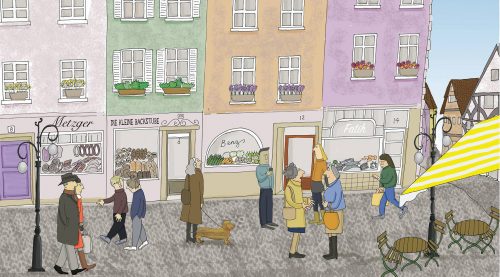 Andrew was born in Camberley, Surrey in 1967. He went to school in York, where his love of languages developed at a young age. He was interested in the world beyond the UK. He was lucky enough to travel and his parents spoke Norweigan. After completing A levels at school, Andrew studied German at Aston University in the UK’s midlands. He has lived and worked in Germany, Turkey, Italy, Spain, Australia and France enjoying learning new languages along the way. 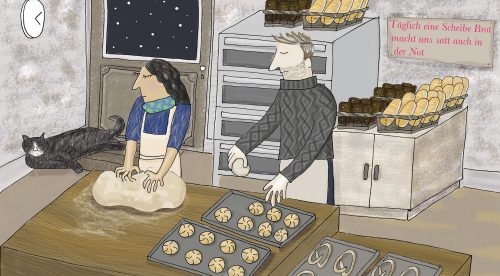 With Andrew’s daughter, Valentina, learning and enjoying German at school and also developing a passion for baking, he felt compelled to write this book for her no matter what challenges that would bring.

Die Kleine Backstube is written in German. It is the story of the Little Bakery, which has been in the same family for 100 years and how a young woman follows her passion to try and make something great. It tells of her creativity, hard work and determination, overcoming obstacles along the way. The book is suitable for anybody learning German or younger native speakers. 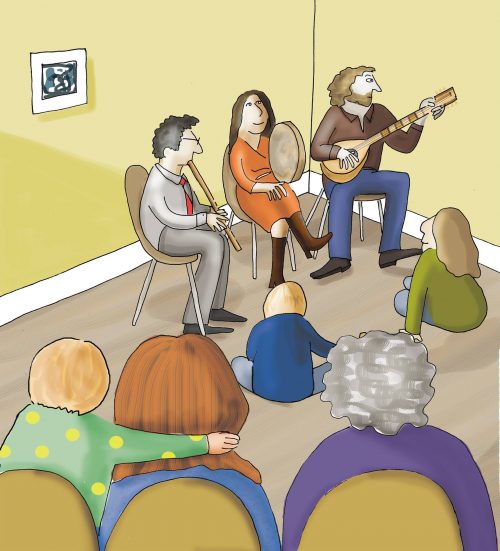 The illustrations are by Andrew’s friend, Sarah Boyce who visits him every week, when they work on projects together. Their follow up project is an audio book for his son Sebastian, called The Fantastic Race, about two boys on a driving race through Europe, which will be out soon. They have also created a short online video about his first book to be shared on twitter with the hashtag #thisyearIhave

With thanks to The Surreal McCoy.