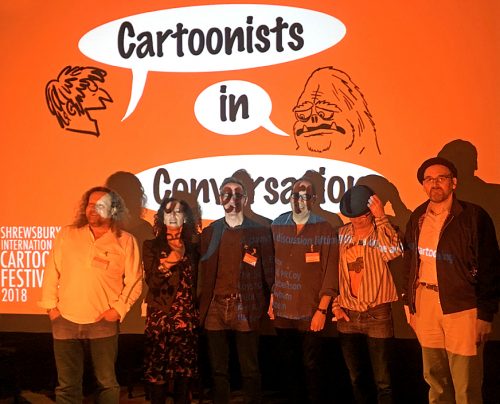 A Friday evening talk has traditionally opened the public programme of the Shrewsbury cartoon festival. This year ‘Cartoonists in Conversation’ aimed to give the public an insight into the lives of cartoonists, whose work they would probably be familiar with but know little about the people behind them.

The number of cartoonists gathering in the town (this year there were 30) meant we had a stellar line-up to choose from. Jeremy Banx (Financial Times, Wall Street Journal, Private Eye) resplendent in his beret, The Surreal McCoy (The Spectator, Reader’s Digest, The Sunday Times), Royston Robertson (Private Eye, Reader’s Digest, The Spectator) and Wilbur Dawbarn (The Beano, Private Eye, The Spectator) were joined by Ken Krimstein (New Yorker, Harvard Business Review) who was over from Chicago and brought an international perspective to the chat. Our host for the evening was BBC radio presenter Alex Lester,  a festival patron and cartoon enthusiast. 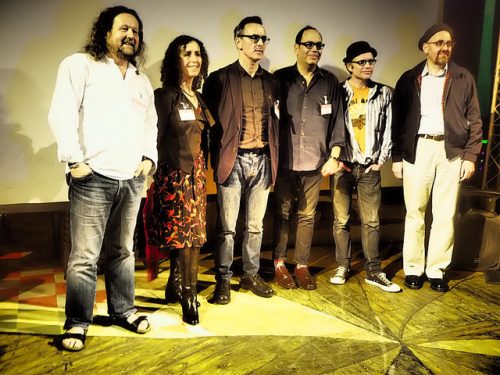 The discussion covered various aspects of life as a cartoonist, alongside some superb examples of their work. Topics covered included the creation of the work and their workspace, some ‘greatest hits’ over the years, stories of rejection slips, offence, their influences and inspirations, and of course a mention of Trump. After the main panel discussion came questions direct from the audience. 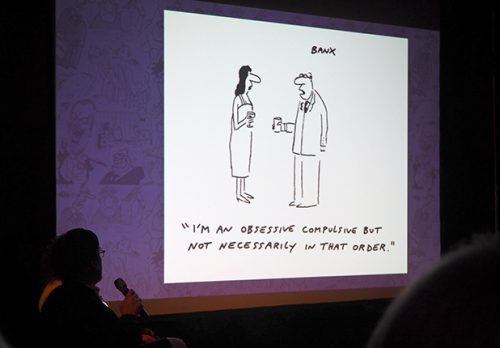 A silhouetted Banx talks about one of his cartoons. Photo © Gerard Whyman 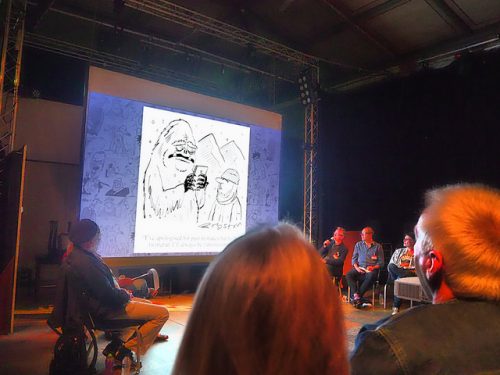 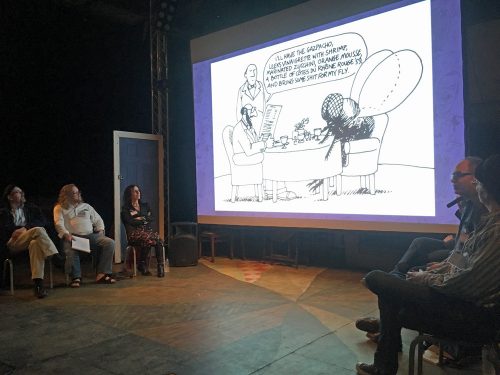 An influential cartoon by Bernard Kliban.

We were delighted that the event was a sell-out, and indeed extra chairs were added for latecomers. 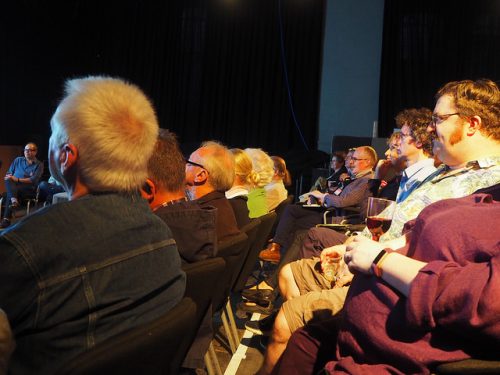 Hearty thanks for the success of the evening go to the cartoonists on the panel, and Alex Lester for all being fabulous. The Wightman Theatre set us up wonderfully and Andy McKeown of WildStrawberry.com’s wonderful projection made the evening such a treat visually.