Herne Bay Cartoon Festival is back this year. We weren’t able to gather in 2020 for obvious reasons, and when we meet again this summer we will sadly be missing some friends including festival co-organiser Steve Coombes who passed away last December. His tireless enthusiasm and joi de vivre will be missed so much at the festival. Here is a wonderful tribute to Steve that appeared in The Guardian by his partner Sue Austen. Sue ran the festival with Steve since it started in 2013 and she is at the helm this year. 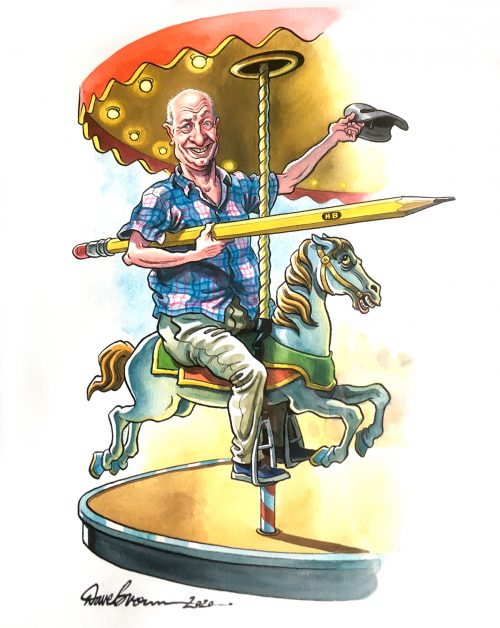 This year’s title and theme is Herne Bay Cartoon Festival Takes to the Waves. We are expecting a flood of cartoons about the oceans with the kind of jokes we have come to expect from our cartoonist contributors. (See Royston Robertson‘s fabulous poster for examples)  Our exhibition of new work and old jokes will be open at Beach Creative, Beach Street, Herne Bay, CT6 5PT from 23 July until 19 August. 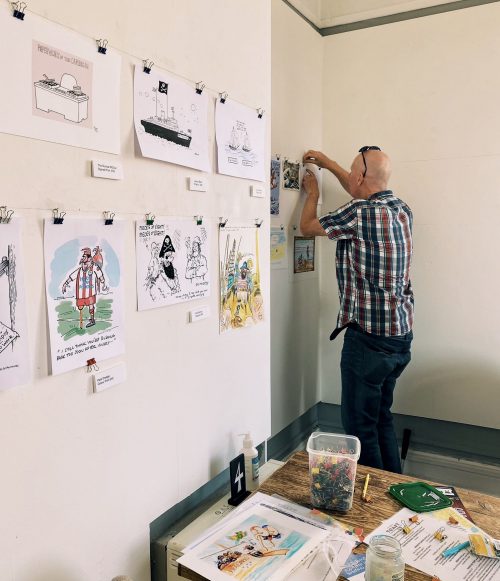 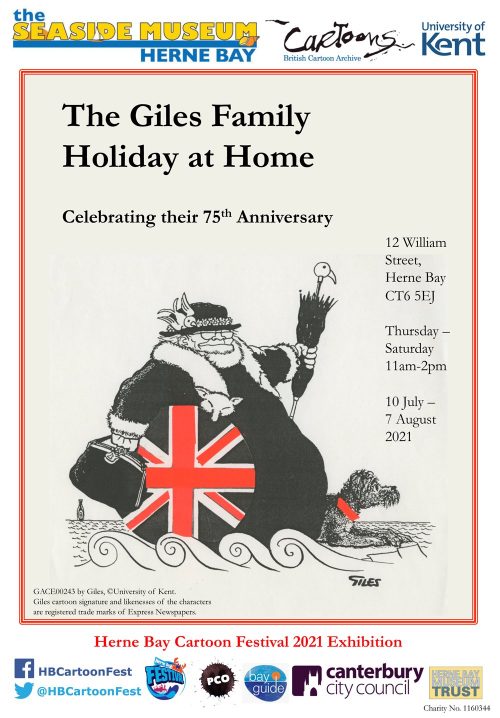 And there will be an exhibition of the popular Daily Express cartoonist Giles at The Seaside Museum, 12 William Street, Herne Bay, CT6 5EJ open from 10 July to 7 August. In 2020 the Giles Family celebrated its 75thanniversary. We had planned an exhibition last year in collaboration with the The British Cartoon Archive at the University of Kent. So, a year later, we are presenting The Giles Family Holiday at Home. From the start the family enjoyed many holidays together and days out. So, in a year when we are all encouraged to take a ‘staycation’ our exhibition explores some of the joys of the British seaside holiday, whatever the weather! 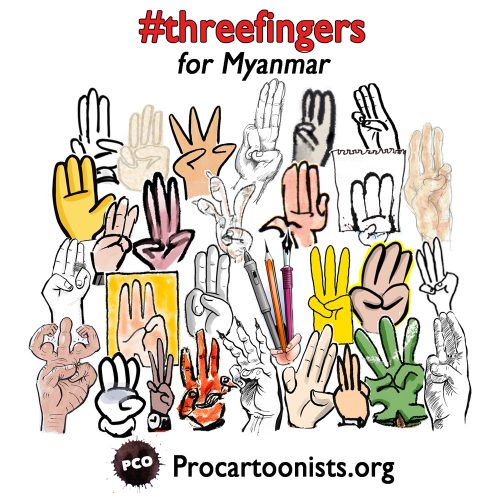 On Saturday 31 July 2.00pm at Beach Creative there will be ‘Raise Three Fingers for Myanmar’. It’ll be a workshop run by The Surreal McCoy for all the family to create a wall of three finger salutes in support of the people of Myanmar.