Written by Guy Venables originally for The Spectator (with a smattering of bonus content cartoons):

While stumbling the 30 yards from bed to work, the freelance gag cartoonist is usually trying to decide which of the hundreds of news stories to draw a hilarious cartoon about that day. It used to be one of the most difficult decisions of the morning. Now, however, that question has been replaced by “are there any new angles to be had from the one, same, monolithically large single news story of the decade?”

My mother, similarly, at the end of the second world war, asked her own mother whether the newspapers would keep going because, obviously, there would be no more news to speak of now the war was over. 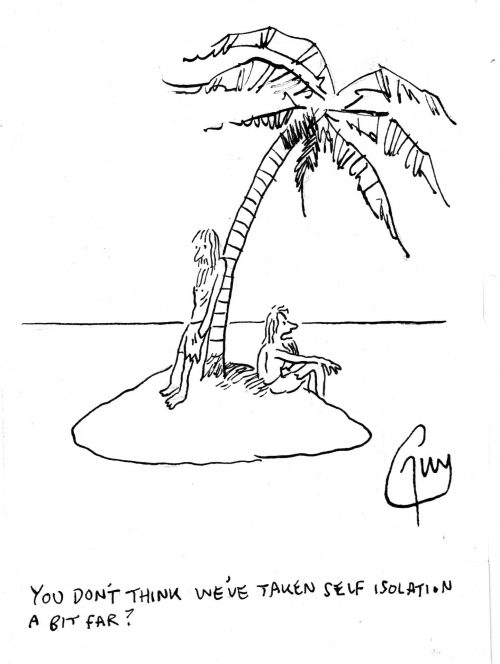 Cartoonists evolve, like finches, on separate islands and rarely meet. That said, in the first week of lockdown each of us imagined we were the only ones to think of the link between the “man on the desert island” visual cliché and social distancing, so much so in fact, that the Private Eye cartoon editor asked us all politely to go back to bed and try to think of something else. So we all switched our attentions to loo rolls and stockpiling.

Then Easter came around and we all individually sent The Spectator “Jesus being told to roll back the stone and get back in the cave.” Then we all drew Joe Wicks. Then baking. A new type of mental filtering process had to be adopted, and cartoonists aren’t good at “new” (although a strangely large proportion of us have been adopted. Some several times). A proportion of us decided to concentrate on non-topical cartoons. 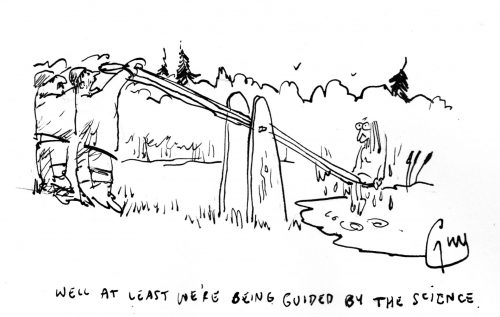 But as Pete Dredge asked us all: “Do we draw everybody two metres apart even if it’s nothing to do with Coronavirus?” We didn’t know for sure but decided against it, as it would use up too much paper.

As things progressed and the death count rose there was a shift from looking at the situation to looking at the virus itself. Attack the villain of the story as we always say (We don’t always say that but we COULD). But how do you draw a virus? Somebody drew the virus. It was round with knobbly bits on. Right. We all drew gags about round things and added knobbly bits so you could tell it was biting satire. Then Matt from the Telegraph did it better and we all went back to bed again.

In my own personal sphere, it was a problem of pretence that bothered me. Now that my wife was at home all day the withering truth was slowly dawning on her of just how little work I actually do. I spend the afternoon trying to convince her that a hammock is a legitimate workplace.

I think of an idea but realise Nick Newman has already done it in the Times. Then I realise I’d just read the Times.

Long gone are the cocktail parties and trendy gatherings to which the cartoonist is never invited. Now he must rely on his own wits and hard work. Having never done this before we revert to our standard emergency operation of copying old Punch cartoons and hoping nobody notices. 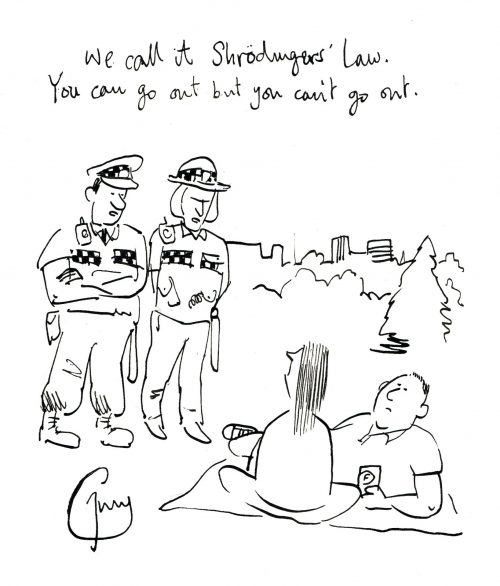 Another angle is of course to throw withering scorn at whoever’s in charge. This can limit the people to whom one can send the actual cartoon. Politically it’s a good idea to choose a point right in the middle of politics and shoot outwards. That way, come the revolution you can pin your badge on whoever runs the firing squads. 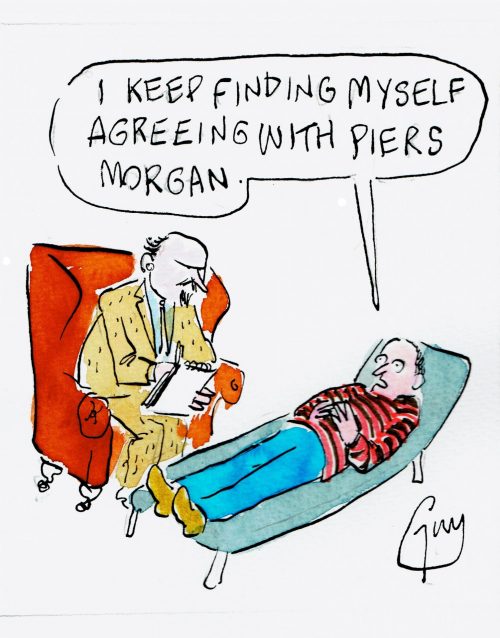 I draw a gag about Dominic Cummings that gets lots of likes on Facebook and go back to the hammock, blissfully unaware that an hour beforehand, from some distant garret, Banx had sent a similar but much better Cummings gag to the Financial Times.

With thanks to The Spectator for allowing us to reproduce the piece.