Naturally many cartoonists have been indulging in some sick humour whilst trying to cope under lockdown. These are from the bunkers of Procartoonists members, including the very funny and worryingly accurate Dredge cartoon above. 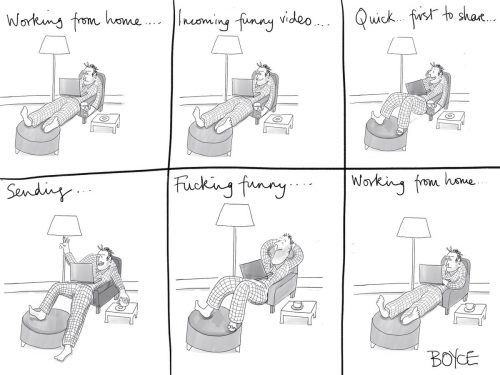 Of course most of us are used to working locked down at home. This is Sarah Boyce’s take on home working. 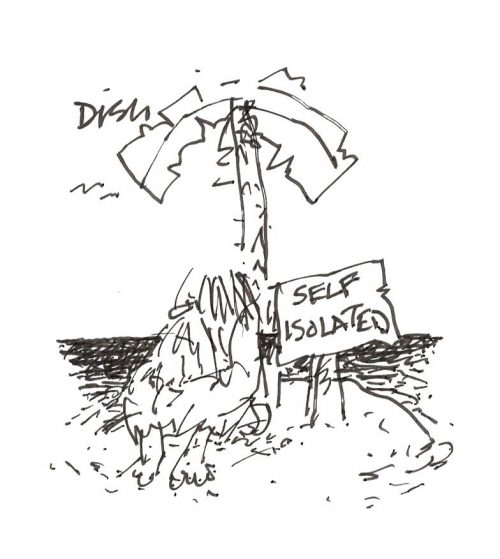 It has even allowed us to revisit the cartoon cliche, well demonstrated here by Dish. 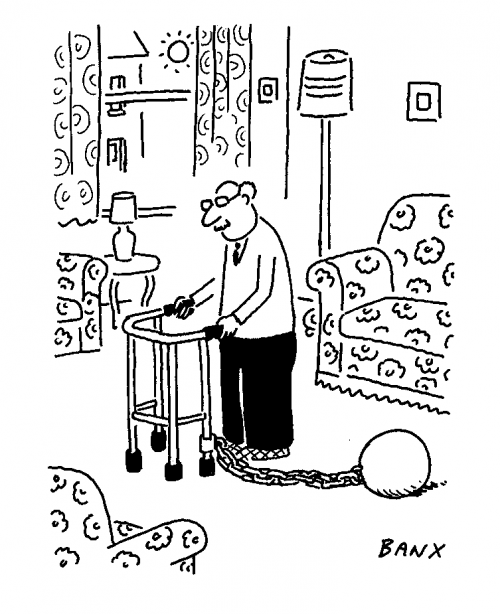 The over-seventies are particularly locked up under lockdown. This from the FT by Banx. 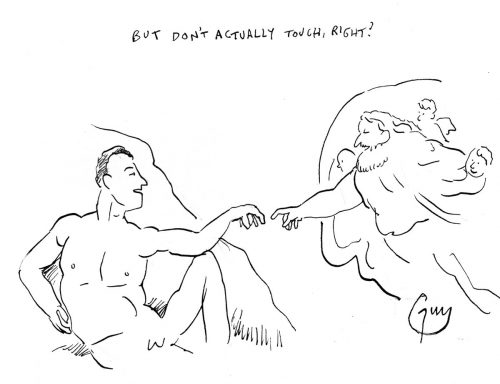 And of course we can’t touch each other. This from the ceiling of the household of the great master Guy Venables. 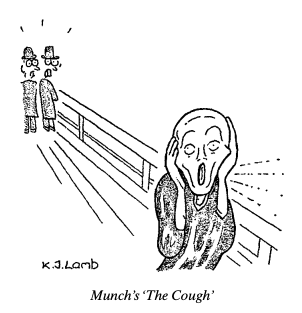 Another art inspired cartoon this from Kathryn Lamb for The Spectator. A bit too much face touching going on there too. 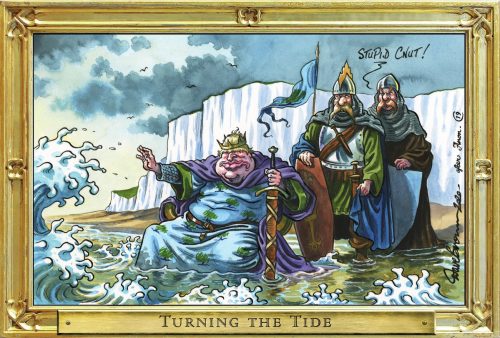 Naturally a little bit of politics is inevitable as Boris belatedly tries to hold back the tide. Here the ‘Cnut’ Johnson is rendered by Dave Brown for The Independent. 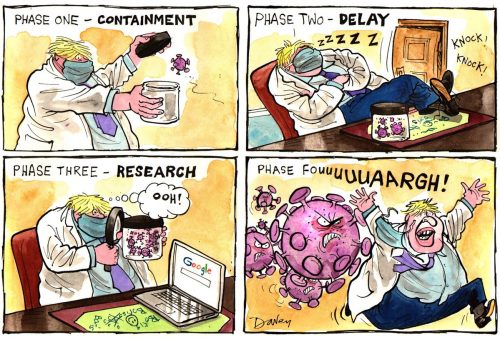 More on Boris’s effort on containment from Andy Davey….with a rather precient final frame. 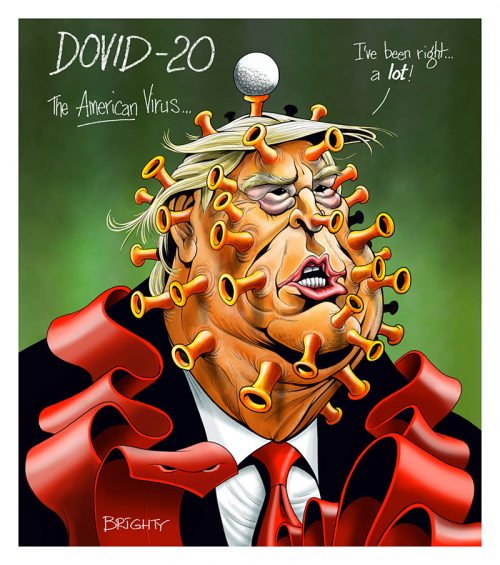 In international news Donald Trump’s every pronouncement is – as usual – going viral, as perfectly illustrated here by Brighty. 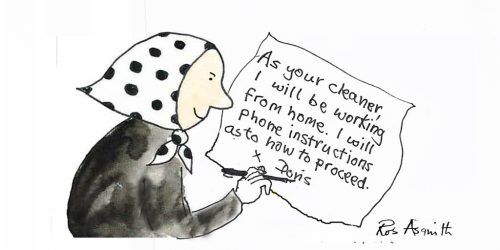 Roz Asquith takes a wry look at how some people might work from home.

A public information strip by Rebecca Hendin for The New Statesman 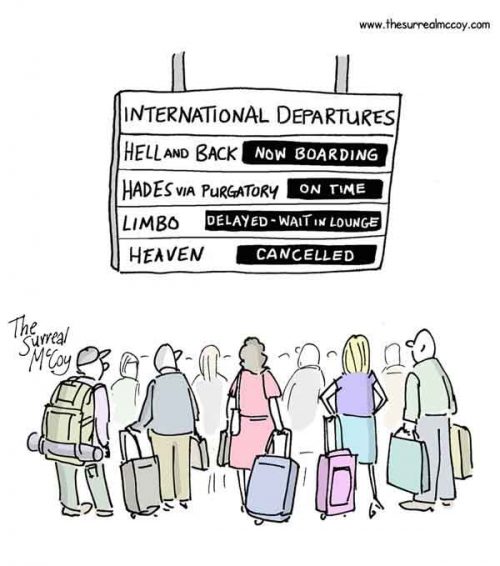 With people struggling to travel back to their own countries an archive cartoon from the Surreal McCoy seems very apt. 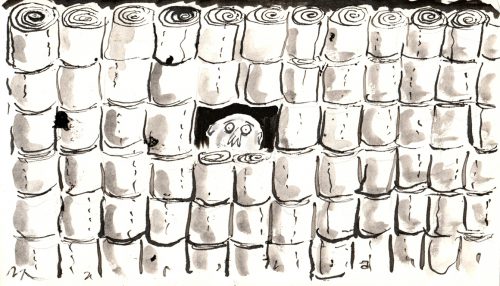 While you lot all worry about catching Covid 19 I’m in blind panic that I’m down to my last 250 toilet rolls!!! 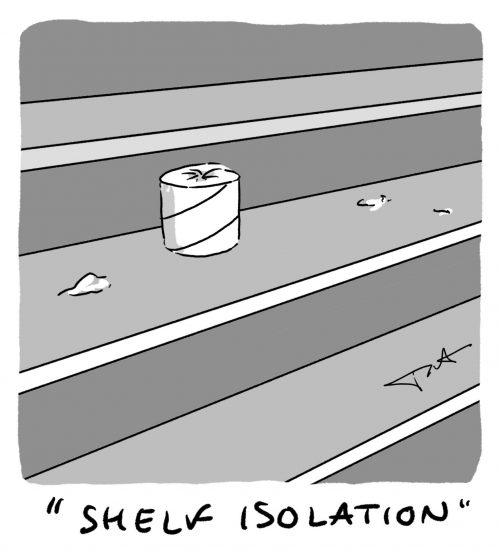 This by Tat Effby shows the toilet roll I missed buying! 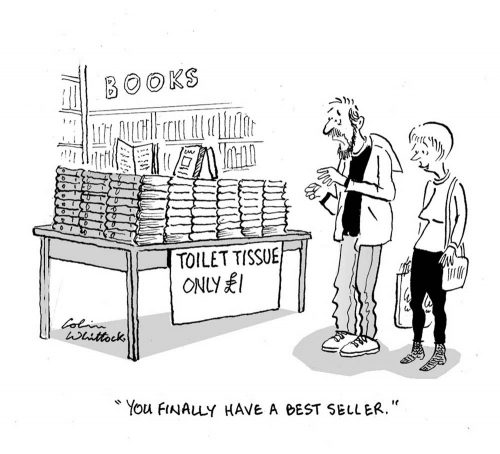 Colin Whittock also concerns himself with the toilet paper crisis. 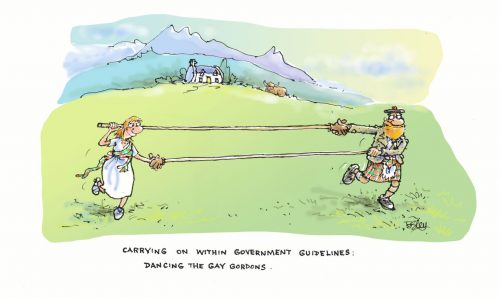 Some distance learning from Rupert Besley. 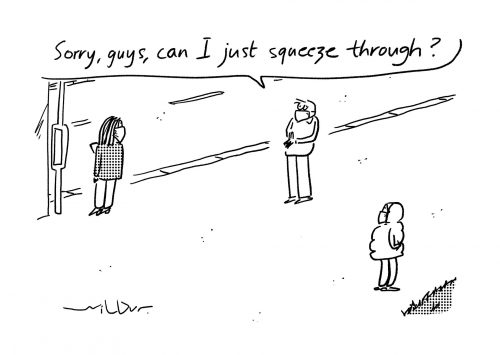 More spatial awareness. This by Wilbur. 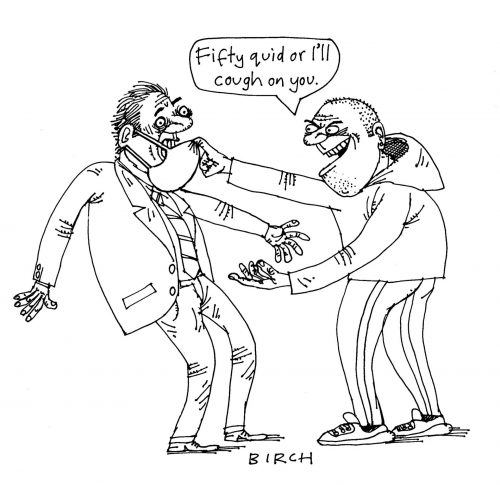 Birch concerns himself with how criminals are having to adapt now we’re all permanently at home and burglary is less of an option. 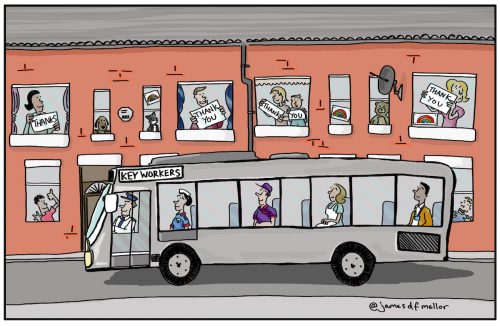 On a more positive note this is James Mellor’s tribute to the key workers who are being overwhelmed at the moment. 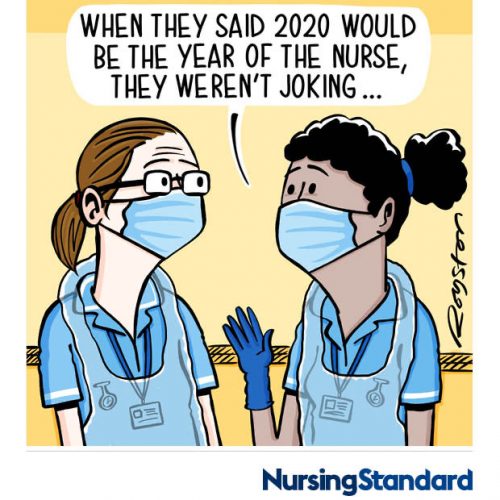 and here’s a VERY true cartoon by Royston for the Nursing Standard. 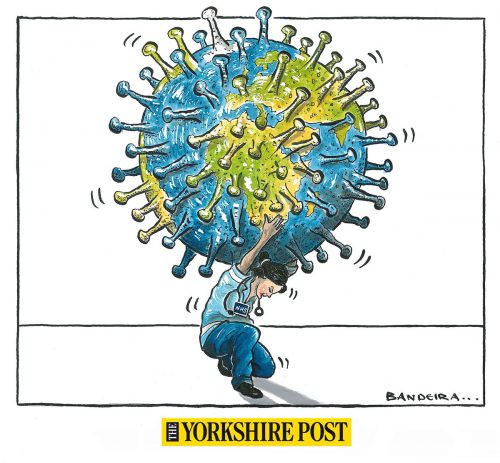 Graeme Bandeira has been producing some wonderful and moving cartoons for The Yorkshire Post. This one has been shared particularly widely. 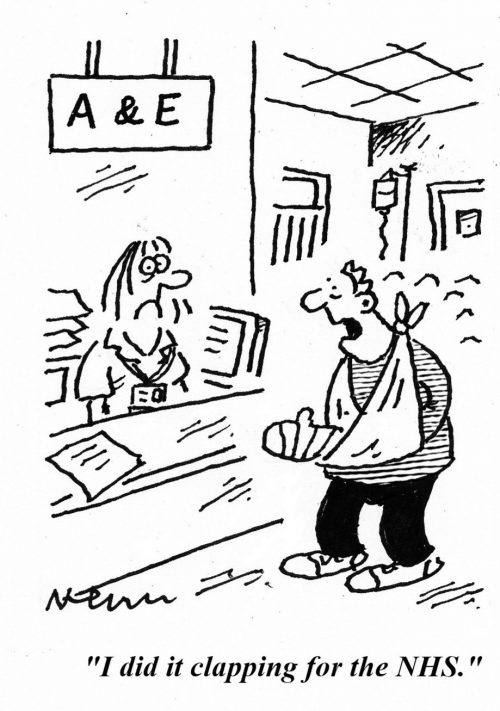 and finally applause to Nick Newman for this cartoon in The Sunday Times.

Thanks to the PCO members for allowing me to pilfer their work.

Remember folks to clunk, click every trip and always use a condom.