Like many cartoonists of a certain age, I first met Mike in the late 1970’s through membership of the Cartoonists’ Club of Great Britain. In those days the Club would meet monthly in The Cartoonist Pub in London’s Shoe Lane, as well as regularly arranging various “out of town” weekend, brewery-sponsored jaunts and an annual 5 day convention at Butlins. Mike, being one of the most sociable of chaps you’d ever wish to meet, was in his element. Nothing cliquey about Mike, he would find the time to talk to anyone and everyone in the room. This of course was no mean feat and Mike would usually sustain this time-consuming endeavour with a pint of best bitter and pin-sharp wit to hand. 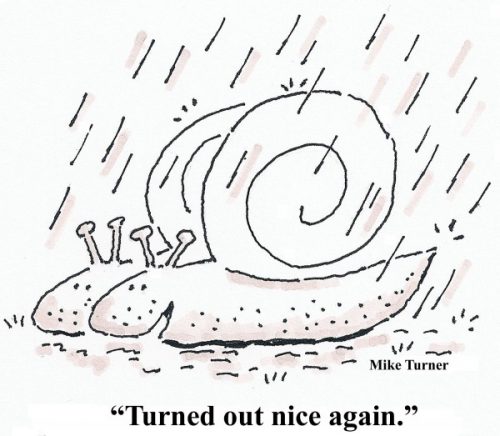 Mike was a slightly built Mancunian but had the constitution of an ox and would often be found propping up the bar into the wee small hours as others fell pathetically by the wayside. I have only twice gone 24 hours without sleep and both times were in Mike’s wonderful, mischievous company. The first was on the CCGB’s 1979 trip to New York and, more recently, at the Ayr Cartoon Festival in 2001. 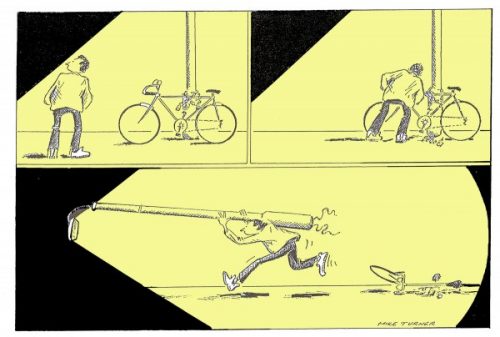 Sadly Mike contracted prostate cancer about 7 years ago and this put paid to his legendary imbibing and although his treatment appeared to be successful the cancer returned a few months ago with devastating effect . I last saw Mike about 3 years ago but spoke to him regularly on the phone over the years. Latterly the usual ‘mock bewilderment ‘ conversations about the machinations of cartoon editors was gradually replaced by more serious discussions of a medical nature.

Mike was a great gag cartoonist (Private Eye, The Spectator, The Oldie etc) who should have graced the pages of magazines much more frequently than he did. He served the CCGB well, not only as a lifelong member but as a distinguished chairman and put great store on the importance of the newsletter as a means of keeping distant, more remote members in touch with what was going on. As well as being a member of the PCO, Mike was also a member and regular attendee of BCA dinners. 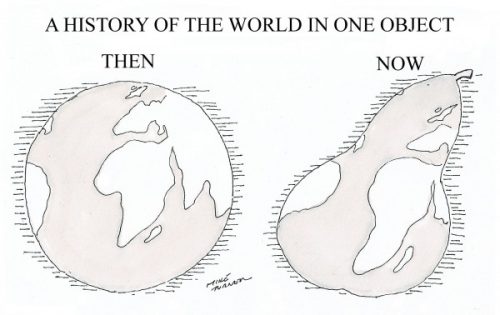 Mike and joyous laughter (seasoned with a hint of cynicism) were synonymous and I, and all his colleagues will miss him greatly.