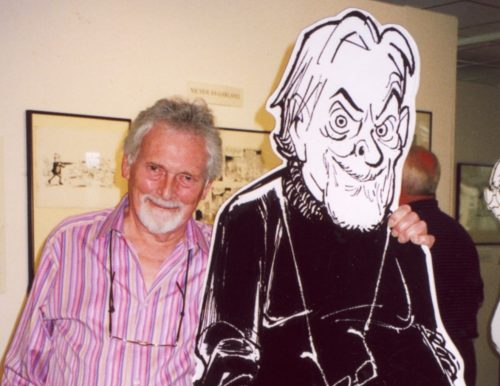 John with a ‘selfie’ which he did for an exhibition at the cartoon archive, Kent University. Photo © Pat Jensen

Sadly, it has been reported that John Jensen has passed away at the sprightly age of 88. John was a well respected and fondly thought of member of the cartoon community. He was a supreme and very versatile draughtsman.

John was born in Sydney in 1930, the son of the cartoonist Jack Gibson (he took his stepfather’s surname in the 40’s)  In 1946 he studied at the Julian Ashton Art School, Sydney. His first cartoon was published in the Sydney Sun in 1946, and he then began contributing cartoons to various Australian publications. 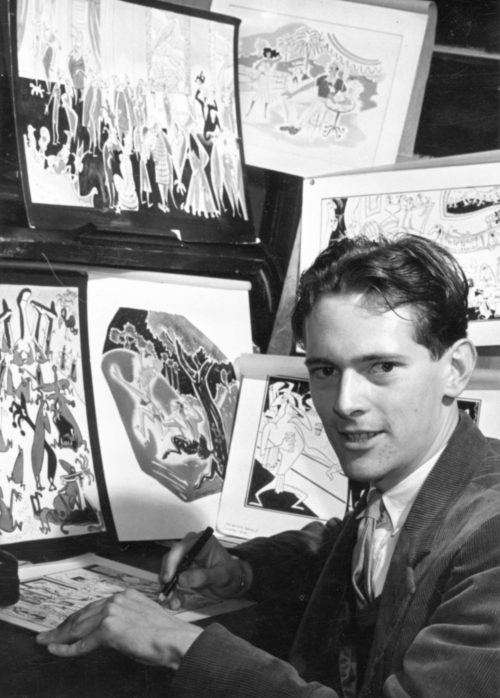 In 1950 John worked his way to England on a cargo ship, and briefly became an actors’ dresser at London’s Piccadilly Theatre, before becoming a cartoonist full-time. From 1951 to 1956 he drew cartoons, caricatures and illustrations for the Birmingham Gazette and then for various publications in Glasgow including Scotnews, The Glasgow Bulletin and daily pocket cartoons for the Glasgow Evening Times. 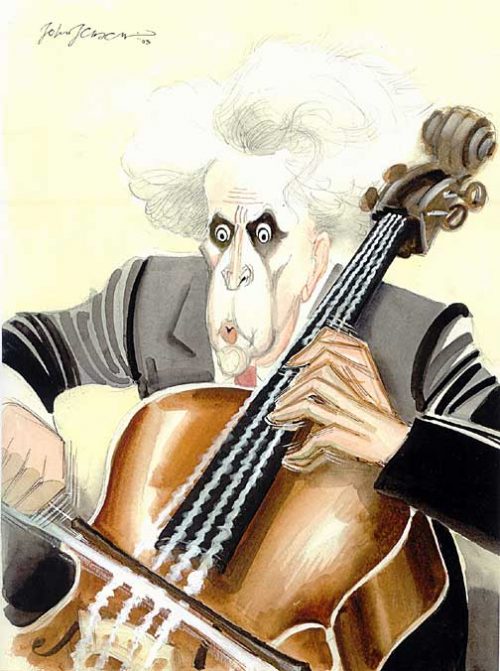 John had his first cartoon in Punch magazine in 1953 but became a Punch regular in the 70’s, prolifically drawing cartoons, illustrations and caricatures. He writes here about his memories of Punch. 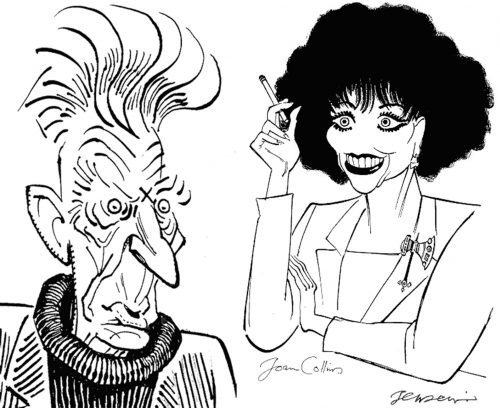 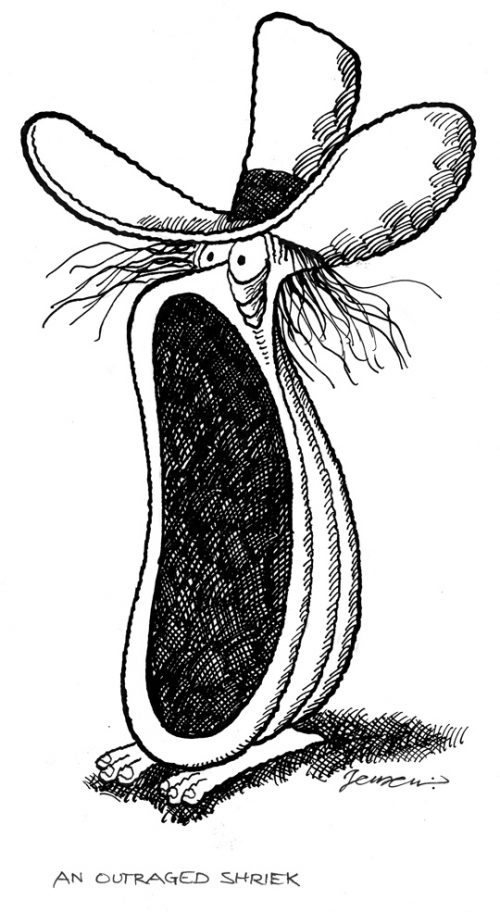 From his  ‘Figures of Speech’ collection © John Jensen

John was a founder member and Chairman of the British Cartoonists’ Association, and of the Cartoon Art Trust. In 2002 he was given a ‘Grinny’ Lifetime Achievement Award from the Nottingham Cartoon Festival. During his time as a member of the PCO he regularly wrote for and featured on this blog. 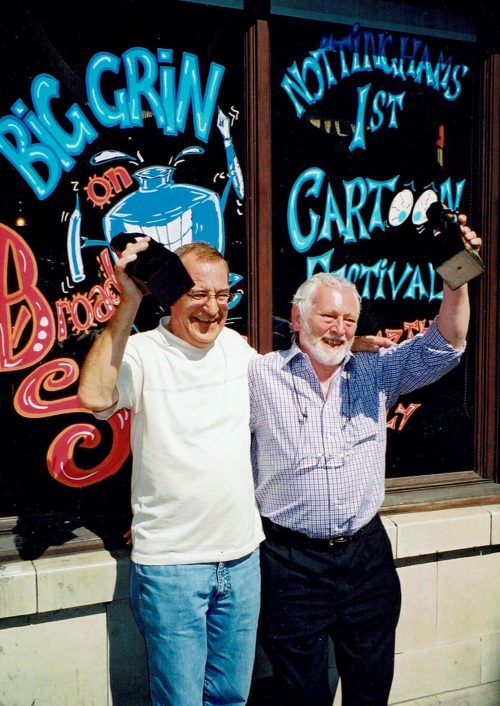 John was a regular at cartoon festivals and on one trip to New York ended up at the celebration dinner where Marylin Monroe sang ‘Happy Birthday Mr President’ to JFK. On a visit to Cuba in the 60’s he also endured one of Castro’s extremely long speeches.

Among the many anecdotes circulating about John over the past week I particularly enjoyed this one from the wonderful cartoonist Kevin ‘Kal’ Kallaugher:

‘Back in the 1980’s while I was still living un the UK I had arranged to meet John for a pint one lunchtime. When he arrived to the pub, I noted that he had a brace on one of his wrist which made his hand quite incapacitated. I was immediately concerned that this might be his drawing hand and that the brace might have consequences on his freelance career. When I raised this question with him, he shrugged it off.

“I just draw with the other hand” he said.

When I pursued this further I learned to my astonishment that John used both hands to draw his cartoons. He explained that each hand had a personality. His left hand (as I recall) was the imaginative, loose artistic hand and his right hand was the more technical and exacting hand. He would often do his conceptual sketches with the left and finish off the art with his right. Later he showed me samples of his cartoons that had contrasting styles which he explained was due to the amount of time one hand spent rendering over the other.

Soon afterwards, I wrote an article for a scholarly US cartoon related periodical called Target, where I interviewed John pointed out his amazing bi-manual drafting skills and displayed his work. Throughout the exercise, John was characteristically polite and kind…but still really did not quite see what all the fuss was about. This after all seemed quite ordinary to him.

This may have been ordinary to him, but to me John Jensen and his cartoons will always remain extra-ordinary’.

More of John’s work can be found on his website. 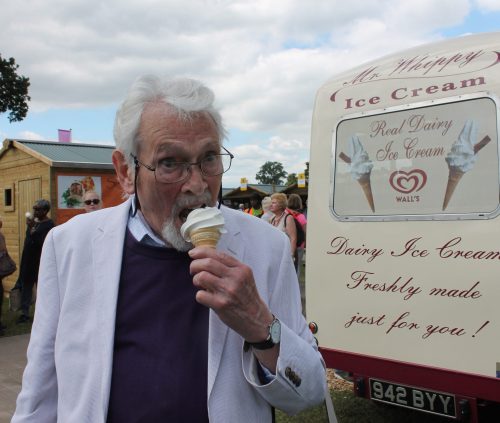 Our sympathies go to John’s wife Pat and his family and friends.

I’m indebted to the British Cartoon Archive for much of the biographical detail.